From Kabul to Baghdad, a tale of two 'Green Zones' 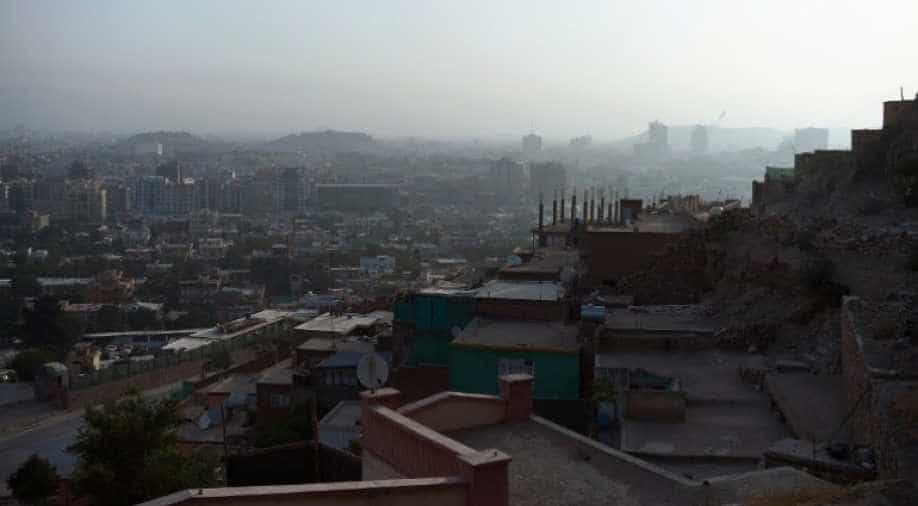 The tale of the two 'Green Zones' provides a snapshot of the dramatically changing nature of the Afghan conflict, long overshadowed by the war in Iraq.

A labyrinth of concrete blast walls, spotlights, and checkpoints are eating up ever more of Kabul, standing in stark contrast to a similar area in Iraq's Baghdad where easing tensions have seen its barricades come down.

The tale of the two "Green Zones" provides a snapshot of the dramatically changing nature of the Afghan conflict, long overshadowed by the war in Iraq where multiple insurgencies following the toppling of Saddam Hussein in 2003 turned Baghdad into a warzone.

But following the so-called Islamic State group's loss of territory in Syria and Iraq, Baghdad has experienced a sharp reduction in violence.

AFP reported recently on the reopening of Baghdad's Green Zone, with hundreds of streets long sealed off from the public opened as Iraq gets back on its feet after decades of conflict.

Not so in central Kabul, once known as a city of gardens and revered by Babur, the nature-loving founder of the Mughal empire.

Today its once-leafy avenues are increasingly blocked by concrete. Towering blast walls continue to expand along with the addition of an already dizzying number of checkpoints that keep traffic perennially gridlocked and residents stressed across the city.

The expansion began with a devastating truck bomb near the Green Zone in 2017 that killed some 150 people and wounded hundreds more, becoming the deadliest attack since the US invasion of 2001.

It caused extensive damage to the nearby German Embassy, among other buildings, and blew windows out hundreds of metres away.

Shortly after, officials announced that they were expanding the ring of steel around the heart of the city - though with more than a hundred of ways into Kabul they have admitted it is impossible to control all entrances.

Trucks entering Kabul en route to the area must now pass through a new sophisticated scanner near the airport to detect explosives, often waiting hours before they can proceed.

Congestion has grown as more of the area, which contains some of Kabul's key traffic arteries, is sealed off - a security concern, with bombers often targeting rush hour.

Diplomats are increasingly avoiding the roads, opting for expensive minutes-long helicopter flights to the city's airport. Diesel generators add to the roar of the choppers passing every few minutes over once tranquil streets.

Only a tiny portion of the Afghan population is allowed to enter the Green Zone, where vehicles are scanned again and armed sentries at myriad checkpoints inspect cars further.

Most Kabul residents have been locked out of the area for years.

"The last time I drove my taxi there was during the Taliban rule," recalls Shir Mohammad, a 48-year-old taxi driver.

The zone, originally established in 2001 and encompassing buildings such as NATO headquarters and the presidential palace, is classified as "green" in security lingo, while most other areas in the capital are labelled "red" due to their high-threat levels.

In the years after the invasion, as security deteriorated across Afghanistan, the resurgent Taliban and in recent years IS stepped up their attacks on Kabul.

Attacks have dipped slightly in recent months, as the US and Taliban hold ongoing talks aimed at ending the nearly 18-year-old conflict.

But even if a breakthrough comes the threat from other insurgent groups remains, and Kabul officials say they are moving forward with the plans to expand the Green Zone.

The expansion is planned mostly at the north end of the Green Zone near the airport, with the ultimate aim of building a new access road, a security official requesting anonymity tells AFP.

The plans have gotten off to a slow start, the official admits, saying hundreds of land plots must first be levelled and its owners relocated to a new area.

Several officials questioned by AFP refused to speak about the specifics of the project, citing security concerns.

Kabul residents, often trapped in their cars as helicopters travelling in and out of the Green Zone whir overhead, are hopeful the situation will not last forever.

"If the Green Zone opens again it will dramatically ease the traffic pressure in the city," suggests Mohammad.

Shukrullah Khan, another Kabul resident, is anxiously awaiting the day when it "opens up to the public and the blast walls are removed from the city".

"Kabul has become an ugly city," he adds. "They should move the Green Zone to the outskirts."