From 25 unclaimed burials a week to 25 a day: What a pandemic can do to a megacity like New York The Pelham Cemetery on City Island and Hart Island is in Long Island Sound on April 7, 2020 in New York. Hart Island has been the location of a Union Civil War prison camp, a psychiatric institution, a tuberculosis sanatorium, a potter's field among other Photograph:( AFP )

If the bodies remain unclaimed for over two weeks, they will be sent to Hart Island for burial

The United States continues to grapple with an increasing number of coronavirus-related deaths. New York, the hardest hit state has alone recorded over 87,000 positive cases. So far, over 5,000 people have died in the state.

Hart Island, which is famous as a resting place for people who have no takers, is now being used to bury people who died of the virus unclaimed.

"It is likely that people who have passed away from (coronavirus).... will be buried on the Island in the coming days," New York City Mayor Press Secretary Freddi Goldstein told CNN.

Managed by the Department of Corrections, Hart Island has been used a public cemetery for over 150 years. If bodies are not claimed by family members or friends in 30-60 days, those people are buried here.

According to CNN, over one million have been buried at the site.

The Guardian also reported today that mass burial sites have emerged in the city to deal with an influx of corpses. Recently, reports of funeral homes refusing bodies owing to overcrowding made the rounds on social media. 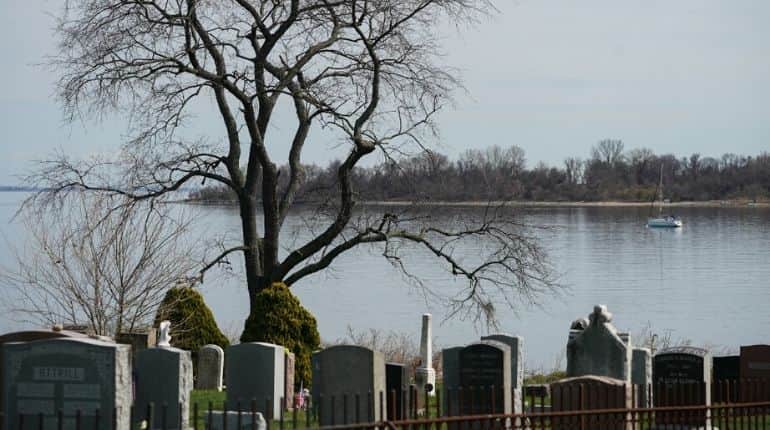 The Pelham Cemetery on City Island and Hart Island in Long Island Sound are viewed on April 7, 2020 in New York. Hart Island has been the location of a Union Civil War prison camp, a psychiatric institution, a tuberculosis sanatorium, a potter's field among other uses | AFP

This is not unheard of, similar things were happening in Italy, China, and Spain, which all recorded unprecedented deaths due to the virus.

As per new rules, if the bodies remain unclaimed for over two weeks, they will be sent to Hart Island for burial.

However, if contact with relatives is established within 14 days, the bodies will be buried as per the family’s wishes.

"These are people who, for two weeks, we have not been able to find anyone who says 'I know that person I love that person I will handle the burial,'" Goldstein said in conversation with CNN.

"These are people who we have made zero contact with the family”, Goldstein added.

The US is seeing signs of recovery as the curve seems to be flattening. However, with number of infections over 1,59,937, authorities have asked people to refrain from celebrating too soon. The number of cases could spike again if the lockdown rules are not adhered to.