Fresh shootout in US, gunman kills at least four in Oklahoma medical centre 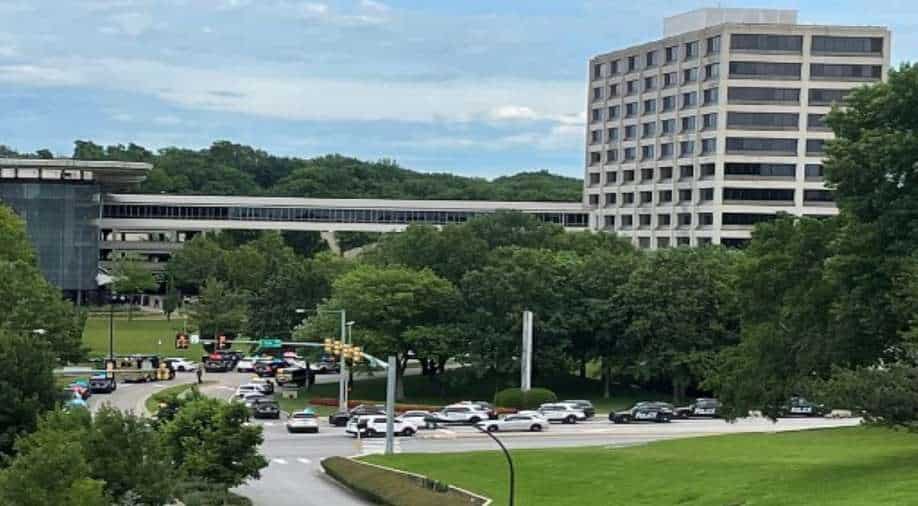 In this handout photo courtesy of Elizabeth Buchner taken on June 1, 2022, police and first responders' vehicles are seen outside a hospital campus and St. Francis Health System after three people where killed in a shooting in Tulsa, Oklahoma. Photograph:( AFP )

A gunman killed at least four people on a hospital campus in Tusla Oklahoma on Wednesday, according to police. The shootout has taken place as Americans are still grappling with one that took place in a school in Texas.

In the Oklahoma incident, the gunman was armed with a rifle. He was also killed in the incident. There was no immediate clarity on whether police killed him or the gunman killed himself.

"We can confirm 4 people are deceased, including the shooter, in the active shooting situation at St. Francis hospital campus. Officers are still clearing the building. More info to follow," Tulsa police tweeted from their official account earlier.

White House said in a statement that US President Joe Biden had been briefed about the Tulsa shooting. The statement said that the administration has offered support to local officials.

The shooting is the latest in a string of deadly assaults by gunmen that have rocked the United States in the past month.

On May 14 a white supremacist targeting African Americans killed 10 people at a grocery store in Buffalo, New York. The shooter survived and is facing charges.

Ten days later a gunman armed with an AR-15 burst into a school in Uvalde, Texas, and killed 21 people -- 19 of them young children -- before being shot dead by law enforcement.

Gun regulation faces deep resistance in the United States, from most Republicans and some rural-state Democrats.