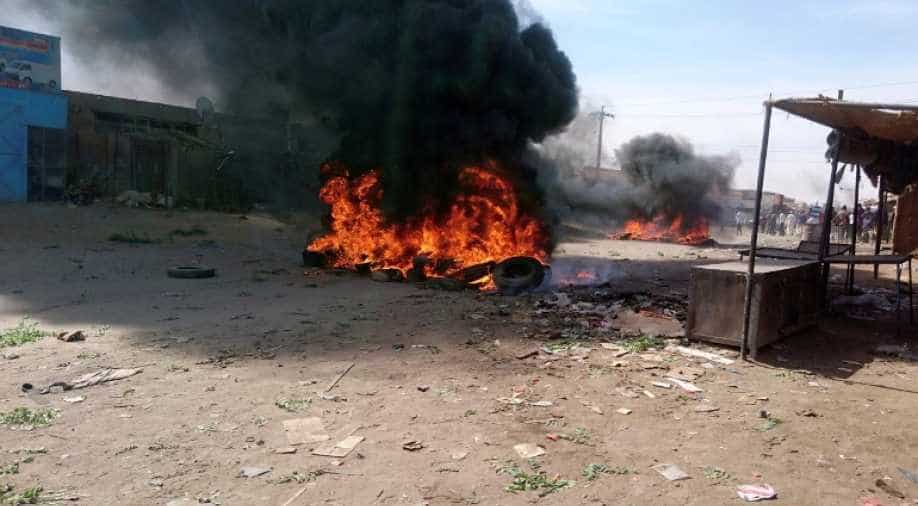 A government decision to raise the price of a loaf of bread this week from one Sudanese pound to three (from about two to six US cents) sparked protests across the country on Wednesday.

Fresh protests over the rising cost of bread broke out in Sudan on Friday, witnesses said, as troops deployed after two days of deadly clashes that left eight protestors dead.

A government decision to raise the price of a loaf of bread this week from one Sudanese pound to three (from about two to six US cents) sparked protests across the country on Wednesday.

In the capital's twin city Omdurman, a witness — who declined to be named — said demonstrations erupted as worshippers emerged from a mosque frequented by followers of the Al-Ansar sect, which is linked to the Umma Party, Sudan's main opposition group.

Protestors chanted "the people want the fall of the regime" and "freedom, freedom," said the witness.

The Umma Party overnight Thursday issued a statement calling on its members to join the protest movement.

Dozens also demonstrated on Road 60, the main artery in eastern Khartoum that links the city centre to the south of the capital, another witness said.

They demanded the government's ouster, the witness said on condition of anonymity, adding that the protesters were dispersed by riot police.

Protests were reported in other cities, including in El Obeid, southwest of Khartoum, and in Rabak, south of the capital.

White Nile authorities on Friday declared a state of emergency and announced a curfew until the following morning.

The protests first erupted in the eastern city of Atbara before spreading to Al-Qadarif, also in eastern Sudan, and then to the capital.

Two demonstrators were killed in Atbara and six others in Al-Qadarif, officials said on Thursday, as protesters torched NCP offices.

Government spokesman Bashar Jumaa warned that the government "will not be lenient" with those who set state buildings on fire or caused other damage to public property.

The state-run SUNA news agency said the protest had initially been "peaceful", but later drifted off course.

Sudan's education ministry on Friday announced in a statement that schools across Khartoum would be closed and classes suspended "indefinitely from Sunday".

Rights group Amnesty International called on the government to stop firing on protesters and open up a probe into the deaths.

"Opening fire on unarmed protesters cannot be justified and what is clearly needed now is an independent, efficient investigation," he added.

Friday, the weekly day of rest, had started with calm returning to Khartoum, Al-Qadarif and Atbara, witnesses said.

While traffic returned to normal, police patrolled some streets in Khartoum, and soldiers deployed around petrol stations and banks in the north of the capital.

Residents in Al-Qadarif and Atbara also reported that security forces had deployed to secure government buildings and banks.

"Today the city is calm and most of the shops in the main market have reopened," Mohammed Sharif Omar said in a telephone interview from Al-Qadarif.