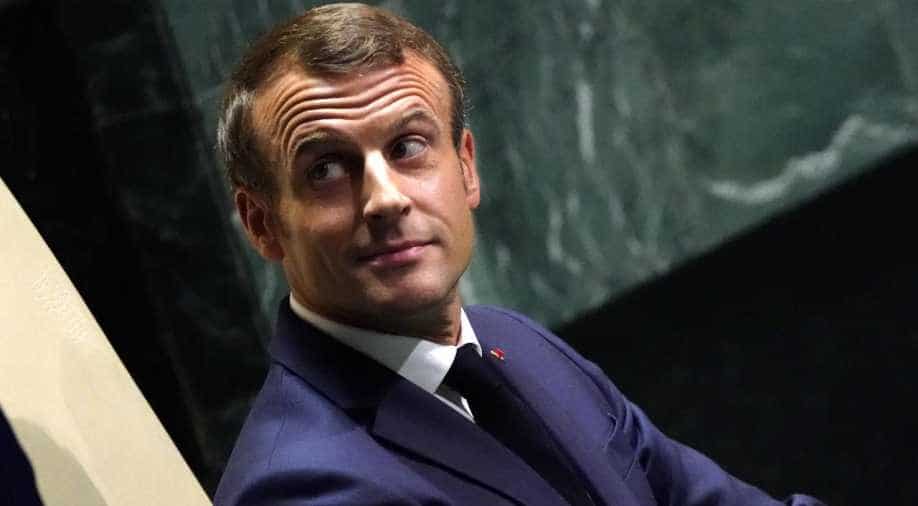 Lebanon's last government resigned in the aftermath of a colossal blast in Beirut port on August 4 that killed more than 190 people, wounded thousands and ravaged swathes of the capital.

French President Emmanuel Macron will hold a news conference on Sunday on the political situation in Lebanon, the French presidency said.

Lebanon’s prime minister-designate, Mustapha Adib, quit on Saturday after trying for almost a month to line up a non-partisan cabinet. This dealt a blow to a French plan aimed at rallying sectarian leaders to tackle the worst crisis since the nation’s 1975-1990 civil war.

Lebanon's last government resigned in the aftermath of a colossal blast in Beirut port on August 4 that killed more than 190 people, wounded thousands and ravaged swathes of the capital.

Since his nomination on August 31, Mustapha Adib has been under pressure to form a new cabinet as soon as possible to carry out the necessary reforms to unlock billions of dollars in foreign aid.

Adib, a little-known 48-year-old former ambassador, was named just hours before French President Emmanuel Macron made his second visit to the country since the August 4 blast, pressing for the speedy formation of a reformist government.

After the August 4 explosion, it emerged the Lebanese authorities had known about the huge stockpile of ammonium nitrate fertiliser that exploded on the dockside, but had not moved it.

The port blast has rekindled public anger against Lebanon's entrenched political elite, with protesters accusing politicians across the board of incompetence and corruption.