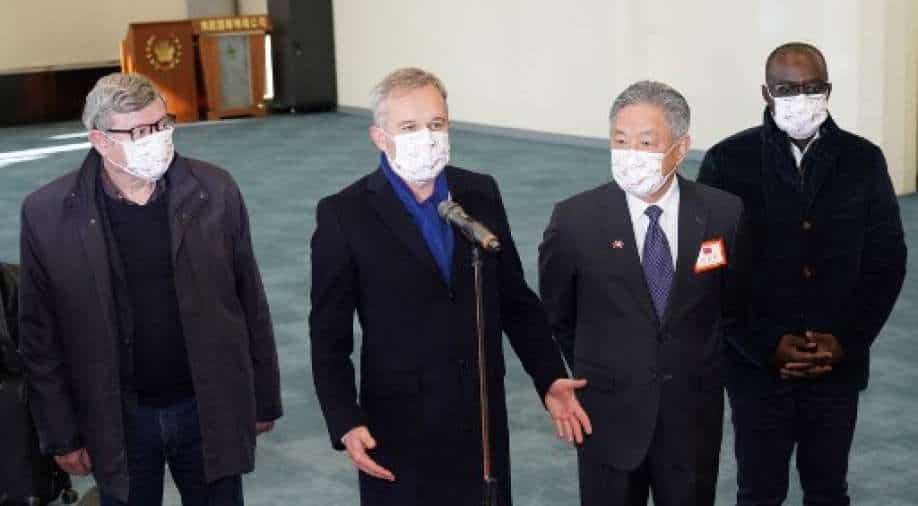 The French lawmakers arrived in Taiwan on Wednesday for a five-day visit Photograph:( AFP )

The French lawmakers arrived in Taiwan on Wednesday for a five-day visit. The latest visit follows a similar trip led by another group of French parliamentarians in October that China sought to discourage

A group of six French lawmakers visited Taiwan in a show of support in the face of China’s belligerence towards the island.

Francois de Rugy, who heads the France-Taiwan Parliamentary Friendship Group, said the French government had been positive about moves to strengthen ties between the sides.

“We see that a certain number of countries are obviously deploying very important armament programs. This is of course the case for China, for Russia, which is rearming itself, it is also the case with the US, which is investing in armament as well, and it is also the case with some European countries, including France, to take on challenges of new threats or risks of (power) unbalances.”

“So, in such cases, we think that Taiwan's position is particular. Taiwan is particular because it is threatened, such threats are new and very obvious. Besides, it (Taiwan) is in a zone where a new power equilibrium is yet to be built between the US and China,” Rugy said.

Another parliamentarian Aina Kuric stressed the need for democracies “to support each other” at a joint news conference on Friday.

The French lawmakers arrived in Taiwan on Wednesday for a five-day visit. The latest visit follows a similar trip led by another group of French parliamentarians in October that China sought to discourage.

Also read | While US was hosting democracy summit, China targeted our allies: Taiwan

Beijing claims Taiwan as a province of China. Unification is a key goal of the Chinese premier Xi Jinping, who has not ruled out taking Taiwan by force.

China conducted military drills near the Taiwan Strait following a visit by a group of American lawmakers last month.

Taiwan's defence minister has warned that military tensions between the island and China were at their highest in four decades, after around 150 Chinese warplanes -- a record number -- made incursions into Taiwan's air defence zone in October.