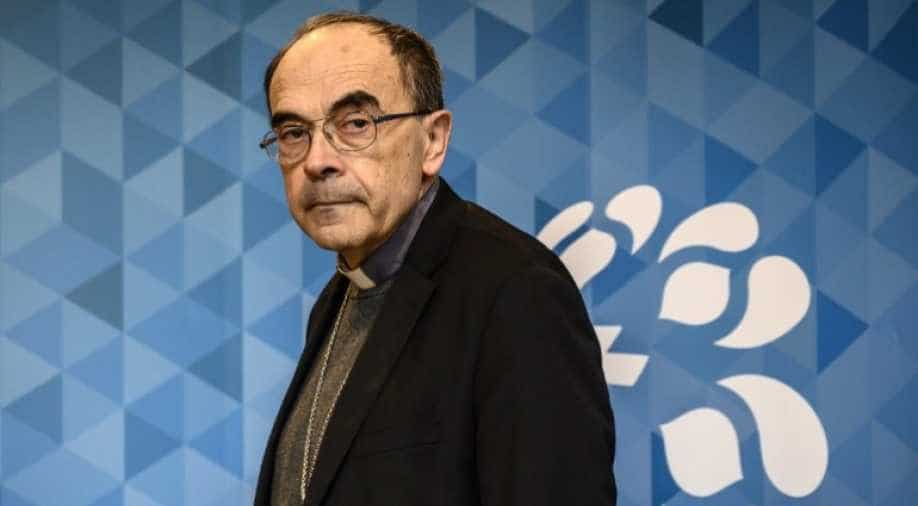 A court in Lyon handed Cardinal Philippe Barbarin, 68, who is the Archbishop of the city in southwestern France, a six month suspended sentence for failing to report accusations brought by the alleged victims of priest Bernard Preynat.

A French court on Thursday found a senior Roman Catholic cleric guilty of covering up sexual abuse committed by a paedophile priest in his Archdiocese.

A court in Lyon handed Cardinal Philippe Barbarin, 68, who is the Archbishop of the city in southwestern France, a six month suspended sentence for failing to report accusations brought by the alleged victims of priest Bernard Preynat.

"This victory sends a strong signal to lots of victims and allows them to understand that they are heard, listened to and recognized," Francois Devaux, a plaintiff, and co-founder of the La Parole Liberée, an association for survivors of child abuse in the Catholic Church, told the press.

The sentencing came as a surprise as even the prosecution did not recommend punishment, citing a lack of evidence.

Furthermore, some of the accusations were outside the given statute of limitations.

Barbarin will not serve time unless he is found to have re-offended.

He was also ordered to pay a symbolic settlement fee of one euro ($1.13) to each of the eight complainants, according to France Info.

Barbarin's lawyers said they would appeal the ruling. Barbarin has maintained that he never tried to cover up the abuse, which he has described as "horrible," and said that he had only heard rumours until 2014 when one of the alleged victims approached him directly.

"The court's motivation did not convince me. We will, therefore, challenge this decision using all legal avenues," Jean-Félix Luciano, a defence lawyer for Barbarin, said.

In 2015, he asked the Vatican for advice on how to handle the case. The heart of the Catholic Church suggested he punish the priest but avoid a public scandal, although the cardinal delayed taking the measure until August of that year.

La Parole Liberée suggested the symbolic one euro payment, saying the trial against the cardinal had already been a public victory.

Five other senior officials who were summoned to the trial were acquitted.

Preynat has admitted to molesting children in the Boy Scouts in the 1970/80s.