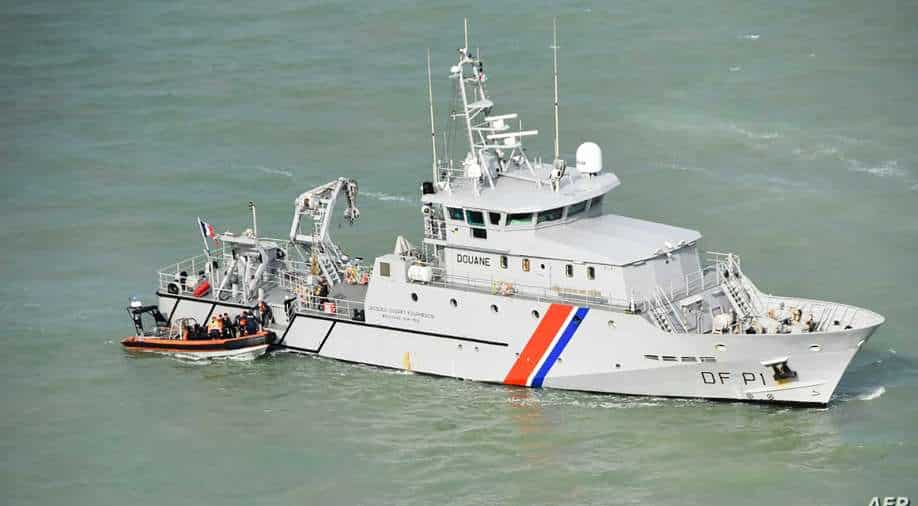 The first group of 13 migrants were rescued by a patrol boat after being spotted off the in the Pas-de-Calais region of northern France.

The first group of 13 migrants were rescued by a patrol boat after being spotted off the Pas-de-Calais region of northern France.

Later a ferry spotted a boat in trouble in the Channel. The same patrol boat picked up the 23 people on board and brought all 36 migrants back to Calais before handing them over to border police.

Conditions are currently relatively good for such clandestine departures with the waters unusually calm for winter.

Last year, officials recorded a fourfold increase over 2019 in the number of Channel crossings or attempted crossings from France, involving 9,551 people.

Attempts by migrants to make the journey by sea have soared in recent years, despite the risks of hypothermia and accidents in the choppy waters of the busy shipping lane.

A number of migrants also continue to try to stow away on trucks heading across the Channel by ferry or by train through the Channel Tunnel.

Calais continues to attract migrants from the Middle East and Africa who set up makeshift camps along France's northern coast from where they hope to eventually slip across to England unnoticed.

France and Britain signed a new accord in November aimed at shutting down the route through increased patrols and the use of radar and drones to spot boats more quickly.