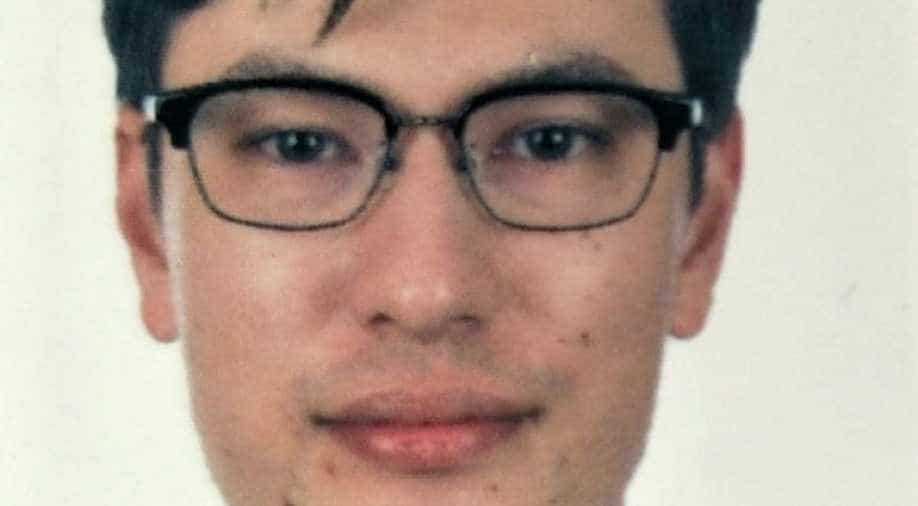 Alek Sigley poses for a photo in an unidentified location in this undated image obtained on social media. Photograph:( Reuters )

Alek Sigley, 29, who was studying in the North Korean capital, had been missing since June 25 before he was abruptly expelled from the country on July 4 after Swedish officials helped broker his release.

The Australian student released last week after being detained in North Korea said on Tuesday Pyongyang's accusation that he was a spy was "pretty obviously" false, but that his work in the country was probably over.

Alek Sigley, 29, who was studying in the North Korean capital, had been missing since June 25 before he was abruptly expelled from the country on July 4 after Swedish officials helped broker his release.

"The allegation that I am a spy is (pretty obviously) false. The only material I gave to NK News was what was published publicly on the blog, and the same goes for other media outlets," Sigley said in a Tweet on Tuesday.

Sigley went on to say "the whole situation makes me very sad", since he would be unable to complete the master's degree he had been pursuing at Pyongyang's Kim Il Sung University.

"I am still very interested in North Korea and want to continue academic research and other work related to the country," he said in another tweet. "But I currently have no plans to visit the country again, at least in the short term."

His company, Tongil Tours, would be cancelling all tours to North Korea until further notice, Sigley added.

"I may never again walk the streets of Pyongyang, a city that holds a very special place in my heart," he wrote. "I may never again see my teachers and my partners in the travel industry, whom I’ve come to consider close friends. But that’s life."