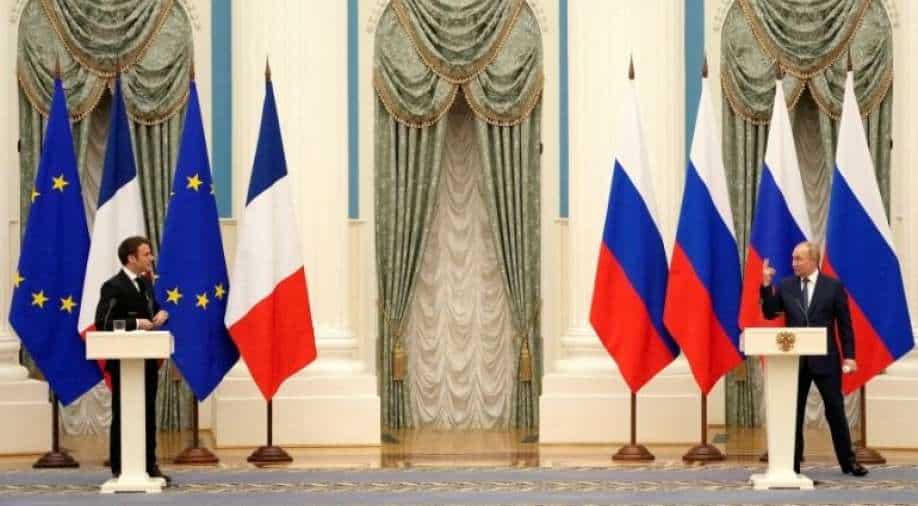 In new signs of fears of imminent war, Germany and Austria told their citizens to leave Ukraine, and NATO’s liaison office in Kyiv pulled staff to Brussels and to the western Ukraine city of Lviv

German Chancellor Olaf Scholz said that a Russian attack on Ukraine would be a "serious mistake" with high "political, economic and geostrategic costs".

There was no justification for some 100,000 soldiers massing on Ukraine's borders, he told the Munich Security Conference.

Russia has amassed over 100,000 soldiers at the border to Ukraine, sparking fear in Western countries and Ukraine of a potential invasion of Ukraine by Russian forces.

"Russia has made the issue of Ukraine's possible NATO membership a casus belli, which is a paradox because here is no decision on this on the agenda," he said.

The West was nonetheless ready to negotiate over Russia's security demands "without being naive".

"We will differentiate clearly between untenable demands and legitimate security interests," he added. Scholz said Germany will continue being one of the biggest financial supporters of Ukraine.

Russia extended military drills near Ukraine’s northern borders Sunday amid increased fears that two days of sustained shelling along the contact line between soldiers and Russa-backed separatists in eastern Ukraine could spark an invasion.

The exercises were originally set to end Sunday and brought a sizable contingent of Russian forces to Belarus. The presence of the Russian troops raised concern that they could be used to sweep down on the Ukrainian capital, Kyiv, a city of about 3 million people less than a three-hour drive away.

In new signs of fears of imminent war, Germany and Austria told their citizens to leave Ukraine, and NATO’s liaison office in Kyiv pulled staff to Brussels and to the western Ukraine city of Lviv.

“When tension is escalated to the maximum, as it is now, for example, on the line of contact, then any spark, any unplanned incident or any minor planned provocation can lead to irreparable consequences,” Putin’ spokesman Dmitry Peskov said in an interview that aired Sunday on Russian state television.