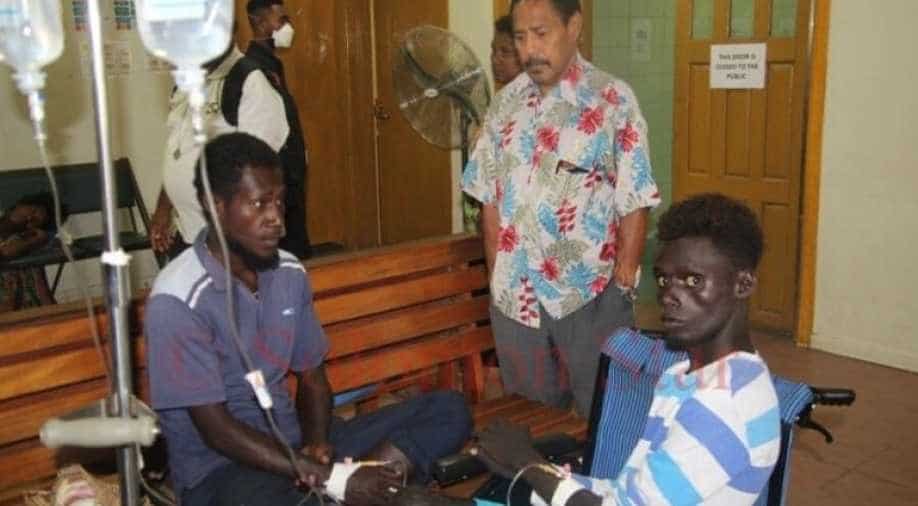 The survivors comprised two men, a woman and a girl aged about 12.

Four people have survived 32 days adrift in the Pacific Ocean by eating coconuts and drinking rainwater in a tribulation that claimed the lives of eight of their companions.

The group was from Papua New Guinea's Bougainville province.

According to reports, the group had set off from Bougainville on December 22 to celebrate Christmas in the Carteret Islands.

But survivor Dominic Stally said their small boat capsized and a number of the group drowned.

The rest managed to right the vessel but there were further fatalities as they floated in the remote waters at the mercy of powerful ocean currents.

"We could do nothing with their dead bodies, we just have to let go of them at sea," he told the newspaper.

"A couple have died and left behind their baby and I am the one who held onto the baby and later the baby died as well."

Stally said a number of fishing vessels passed nearby without noticing them until they were finally picked up on January 23 off New Caledonia after drifting some 2,000 kilometres.

The survivors comprised two men, a woman and a girl aged about 12.

They were dropped off in Honiara, the capital of the Solomon Islands, last Saturday and were discharged into the care of Papua New Guinea's High Commissioner John Balavu after receiving treatment for dehydration.

In January 2014, Salvadoran fisherman Jose Alvarenga washed up in the Marshalls, more than 13 months after he set off from Mexico's west coast with a companion, who died during the voyage.

He had survived by eating raw fish and bird flesh while keeping hydrated by drinking rainwater, turtle blood and his own urine.