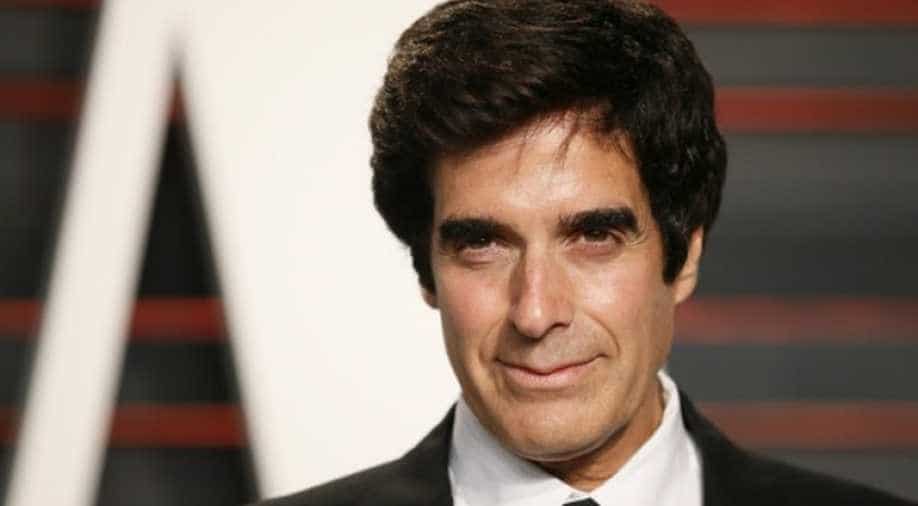 A former teen model has accused illusionist David Copperfield of drugging and sexually assaulting her in 1988 after he judged a modelling competition in Japan that she took part in.

Copperfield, 61, said in statements on Twitter and Instagram on Wednesday that he had been falsely accused of sexual misconduct in the past and was about to "weather another storm."

Hours later, entertainment news website The Wrap published the allegations by Brittney Lewis, who said Copperfield invited her to one of his shows in California after meeting her at the September 1988 competition when he was 32 and she was 17.

It was during that trip that she was drugged and assaulted, The Wrap quoted Lewis as saying.

"He was kissing my face and then I remember him starting to go down on my body with his face," the website quoted her as saying. "I just completely blacked out."

The next morning, "he wanted me to know that nothing happened because I was underage," Lewis was quoted as saying.

Reuters was unable to independently confirm the allegation. Lewis could not immediately be reached for comment.

"As you know David made a statement about #MeToo on his social (media), but we are not going to comment about this story," Wolfe said in an email, referring to the #MeToo online movement by victims of sexual harassment or abuse.

Multiple accusations of sexual misconduct against male actors, filmmakers and agents have roiled Hollywood since October 2017, leading to many major players being fired, forced to step down, or dropped from creative projects. In the United States, the scandal has also engulfed men in politics, business and the workplace, inspiring the #MeToo movement.

Copperfield was accused in 2007 of sexual assault by former beauty queen Lacey Carroll, but the case was eventually dropped with no official explanation.

In his online statements praising the #MeToo movement, Copperfield asked the public to reserve judgement when someone is accused of sexual misconduct.

"Imagine what it's like, believing in the movement, and having also been falsely accused publicly in the past," Copperfield wrote on Instagram. "While I weather another storm, I want the movement to continue to flourish. Always listen, and consider everything carefully, but please for everyone's sake don't rush to judgement."

Copperfield, whose real name is David Kotkin, is famed for illusions including making the Statue of Liberty disappear and walking through the Great Wall of China.