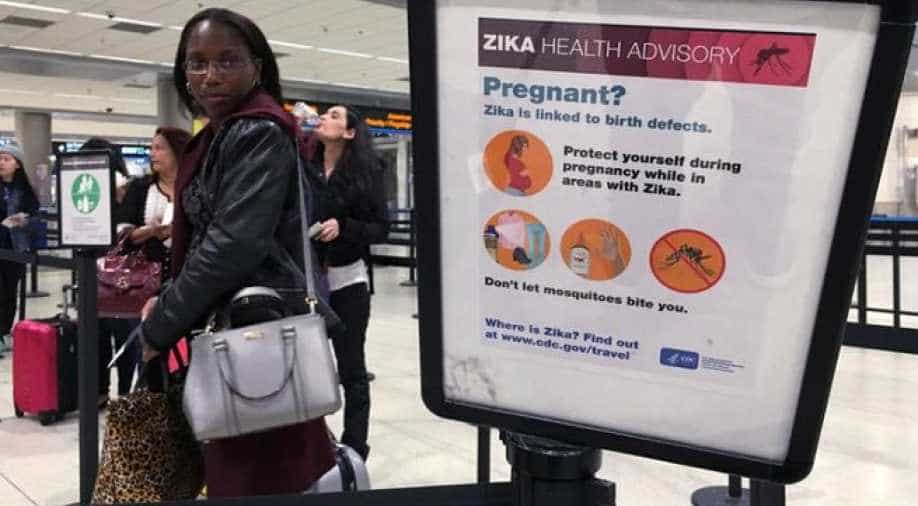 A woman looks at a Center for Disease Control (CDC) health advisory sign about the dangers of the Zika virus as she lines up for a security screening at Miami International Airport in Miami. Photograph:( Reuters )

Follow Us
Florida on Tuesday reported its first case of a baby born with the birth defect microcephaly, after the child's mother was infected with the Zika virus while pregnant, officials said.

The mother, a citizen of Haiti, contracted Zika in Haiti and came to Florida to deliver the baby, said a statement from Governor Rick Scotts office. The Florida Department of Health confirmed the case.

Zika is primarily transmitted by mosquitoes but can also be spread by sexual contact.

"It is heartbreaking to learn that a baby has been born with Zika-related microcephaly in our state and my thoughts and prayers are with the mother and child," Scott said in a statement.

The Florida governor said he has allocated $26.2 million in state funds for Zika preparedness, prevention and response, as federal funding has stalled in Washington.

"The Olympics will begin in less than 40 days and millions of Americans will travel through our state to and from Brazil, a country where the Zika virus is rapidly spreading, and we must be prepared," said Scott.

Zika can cause microcephaly, an irreversible condition in which babies are born with unusually small heads and deformed brains.

Four infants have been born with birth defects related to the Zika virus in the United States, including in Hawaii and New Jersey, according to the US Centers for Disease Control and Prevention.

However, the CDC declined to give a state-by-state breakdown.

There have been four US pregnancy losses involving Zika, and one in the US territory of Puerto Rico, the agency said, without offering details on whether the cases involved miscarriage or abortion.