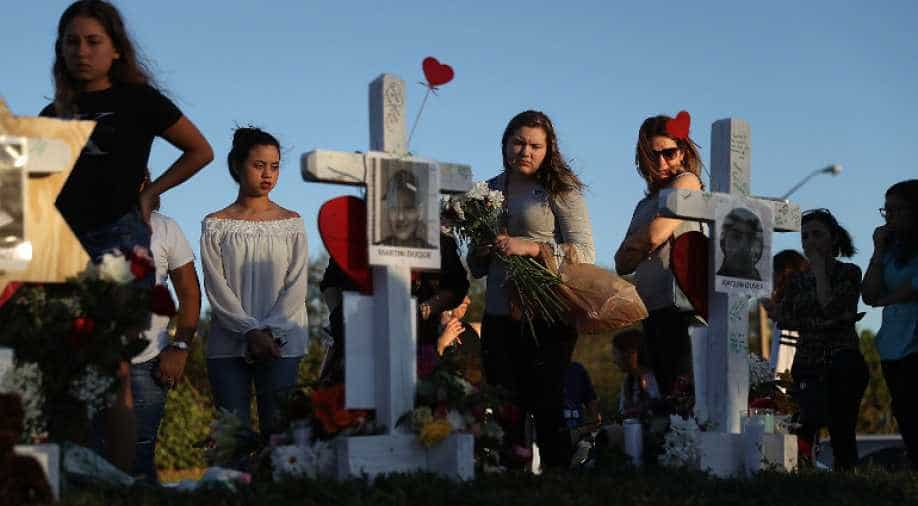 Prosecutors in Florida said Tuesday they will seek the death penalty for Nikolas Cruz, the 19-year-old who killed 17 people last month in a shooting rampage at his former high school.

"The state intends to seek the death penalty against defendant Nikolas Jacob Cruz," the state attorney for Broward County, Michael Satz, said in a court filing on the eve of the next hearing in the case.

It was unclear whether Cruz would be present, a spokesman for the court told AFP.

Cruz walked into Marjory Stoneman Douglas High School in the south Florida city of Parkland on February 14 and opened fire at students and staff with an AR-15-style semi-automatic weapon.

He was later arrested and admitted under questioning to having carried out the attack.

His lawyers have let it be known he is prepared to plead guilty if he is guaranteed not to receive a death sentence. A plea deal is still possible despite Tuesday's court filing.

A trial date has yet to be set and would depend on Cruz being declared competent to stand trial.

Tuesday's court filing said he must give notice at least 20 days before the trial of "intent to present expert testimony of mental mitigation."

Satz, the Broward county prosecutor, is said to be convinced that the prosecution can show that Cruz's murders meet the standard for the death penalty.

On Wednesday, tens of thousands of US students plan to observe 17 minutes of silence to mark the deaths exactly one month after the Parkland shooting, and to press lawmakers to enact a ban on AR-15-style weapons.