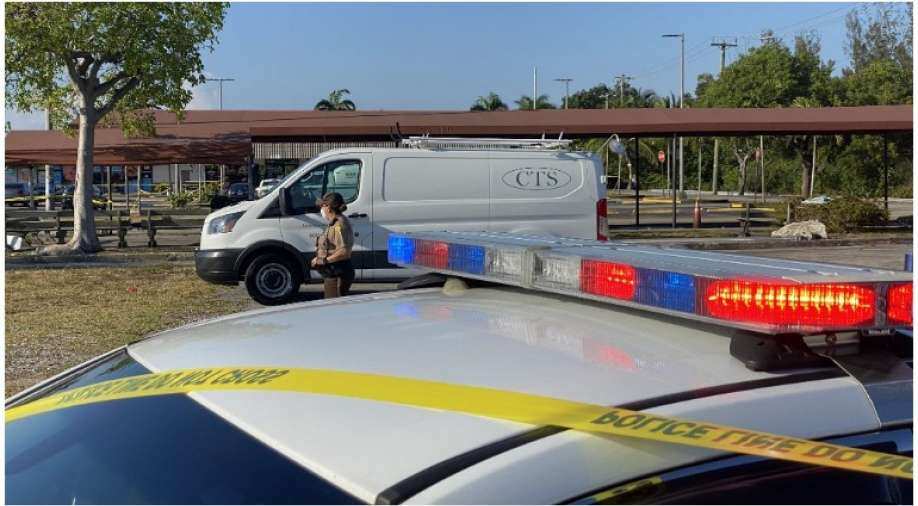 Police tape blocks the scene of a shooting near a Billiard's club that was rented for a concert after three gunmen killed two people and injured 20 overnight in the Hialeah area of Miami Dade county on May 30 2021 Photograph:(AFP)
Follow Us

Two people were killed and at least 20 were injured in a mass shootout carried out by three suspects outside a concert hall in Miami, Florida. Local police said that the trio "shot indiscriminately into a crowd".

"According to investigators, the establishment was hosting a scheduled event and several patrons were standing outside," Miami-Dade Police Department said in a statement. "The subjects' SUV approached the front of the business, three subjects exited the vehicle and began shooting indiscriminately into the crowd."

The mass shooting happened during the early hours at a billiards hall on a commercial estate near Miami Gardens, to the northwest of the coastal city's downtown.

After they shot bullets at the crowd, the trio got back in the car and left the scene.

The first responders on the scene found two persons dead. Twenty injured people have been shifted to hospital and one is in critical condition.

In a tweet, the department's director, Alfredo "Freddy" Ramirez III, condemned the "targeted and cowardly act of gun violence."

"These are cold blooded murderers that shot indiscriminately into a crowd and we will seek justice," he said.

Mass shootings is a huge domestic problem America faces. There are constant demands to put curbs on easy availability of gun but gun rights advicate term any such move a violation of citizens' basic rights.

Mass shootings have occurred in recent months at a FedEx facility in Indianapolis, an office building in California, a grocery store in Colorado and at several spas in Atlanta.

There were more than 43,000 gun-related deaths in the United States last year, including suicides, according to the Gun Violence Archive.