Firm economic resolve will give new direction to our world: Pope Francis to Davos 2018 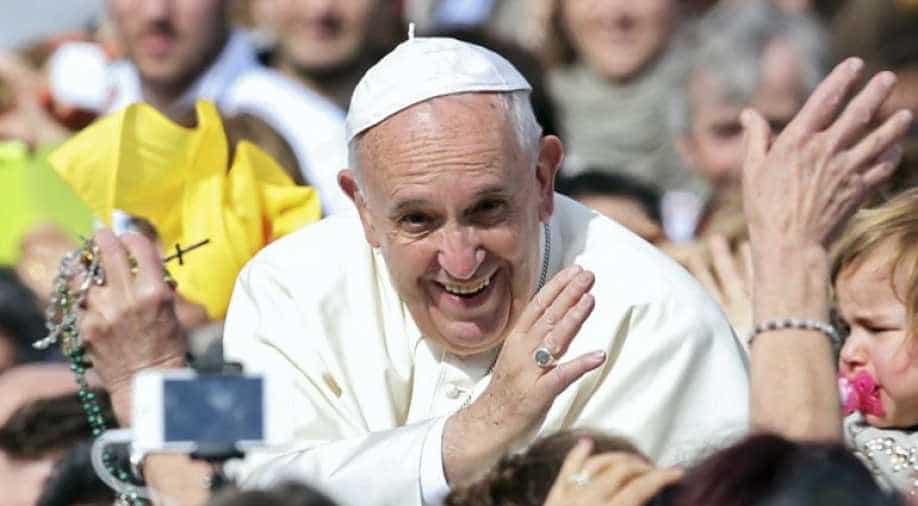 As the annual mega event hosted by the World Economic Forum begins at Davos, Pope's welcoming words added charm to the beginning of the event.

The Pope called this year's theme --  Creating a Shared Future in a Fractured World -- "very timely".

"At the level of global governance, we are increasingly aware that there is a growing fragmentation between States and Institutions," the speech noted.

In his speech, the Pope identified the emergence of "economic competition and regional trade agreements", "transforming economic models", better technology and an increase in "fragmentation and in individualism".

"Only through a firm resolve shared by all economic actors may we hope to give a new direction to the destiny of our world," opined Pope Francis.

In his speech, the Pope also brought in topics like artificial intelligence, robotics and technological innovations, identifying these significant "to the service of humanity and to the protection of our common home, rather than to the contrary, as some assessments unfortunately foresee."

He noted the moment to be right "to put into action our responsibility to contribute to the development of humanity."

"I hope, therefore, that this 2018 meeting of the World Economic Forum will allow an open, free, and respectful exchange, and be inspired above all else by the desire to advance the common good. In renewing my best wishes for the success of the meeting, I willingly invoke upon you and all participating in the Forum the divine blessings of wisdom and strength," the speech concluded.

The full text of Pope Francis' speech was prepared on 12th January 2018 and was read out by Cardinal Peter Kodwo yesterday at the event. The entire text is also available on the official website, World Economic Forum.