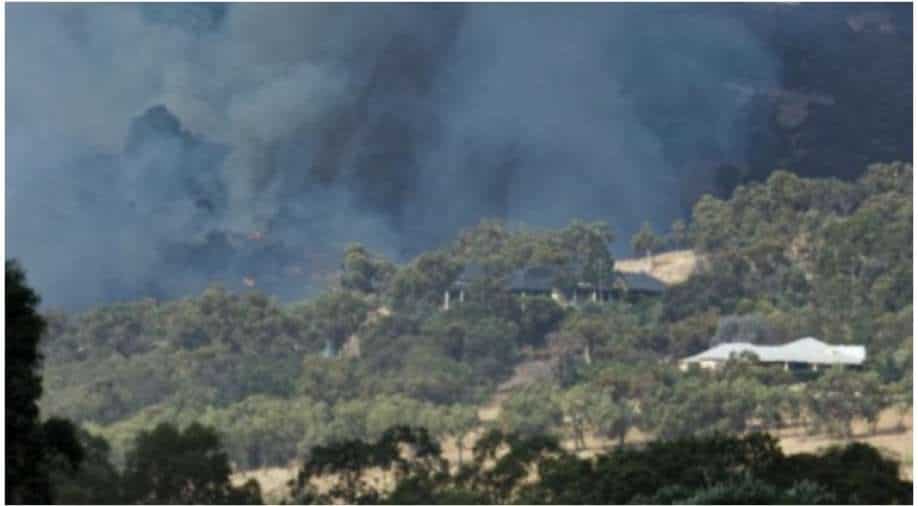 A bushfire burns near homes in the suburb of Baskerville near Perth on February 3, 2021 Photograph:( AFP )

A massive effort by firefighters in Australia's Perth brought large bushfire near Perth under control. However, strong winds are still a challenge.

The fire at Perth Hills destroyed at least 81 homes.

Western Australia state Premier Mark McGowan said the devastation caused was "almost too much to comprehend".
But after "a bleak couple of days", he said, firefighters managed to keep the flames at bay overnight as the blaze threatened homes in more populous areas.

"This is a truly remarkable achievement given the ferocity of the fire. And that, as far as we know, no additional homes have been lost overnight thanks to the incredible work of our fireys," McGowan said.

Seven firefighters sustained minor injuries but there was no death.

It comes about a year after Australia was hit by unprecedented climate change-fuelled bushfires, devastating whole communities and wiping out billions of animals.

More than 3.5 million hectares were burned across Western Australia during 2019-2020 but the state was largely spared the loss of properties and lives seen in the country's more densely populated southeast.

Scientists say fires are becoming more frequent and intense due to climate change, with people living in urban-bushland areas like the Perth Hills especially vulnerable to the impact of blazes.

Hundreds of people have fled the area in recent days and emergency warnings remain in place.

Winds of up to 70 kilometres an hour (43 mph) have left some water-bombing planes grounded and were continuing to fan the flames.