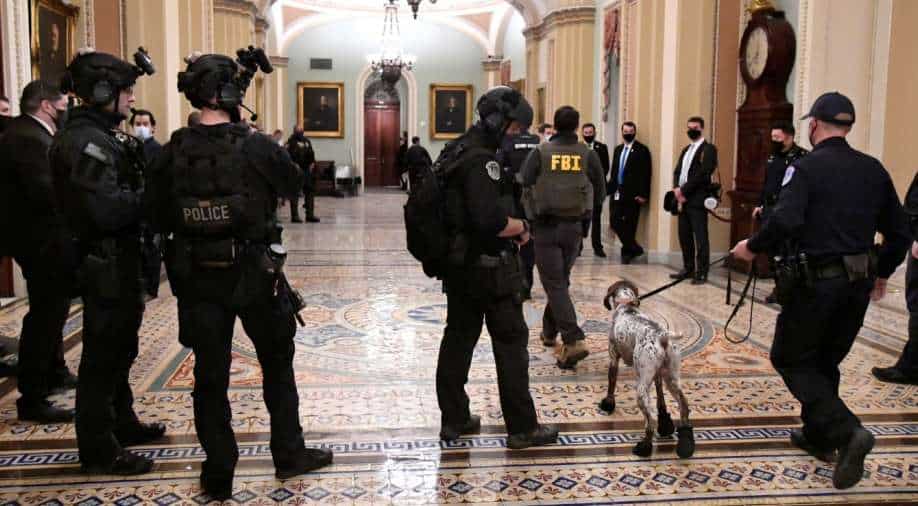 Federal authorities in the United States of America found a pickup truck packed with 11 homemade bombs, an assault rifle, and a handgun just two blocks away from the Capitol building

Federal authorities in the United States of America found a pickup truck packed with 11 homemade bombs, an assault rifle, and a handgun just two blocks away from the Capitol building. CNN reported that the truck was parked there for hours before coming under the radar of the authorities.

Recently, a group of protesters, who were allegedly Trump supporters attacked the Capitol which led to the deaths of five people, including a police officer.

Prosecutors claimed that another man had claimed to have shown up with an assault rifle with hundreds of rounds worth of ammunition. Additionally, he claimed that he wanted to shoot/run over House Speaker Nancy Pelosi.

Federal documents that revealed the existence of the weapons were in regard to the charges against Lonnie Leroy Coffman of Alabama. The cache of weapons was found by a bomb squad as they tried to secure the building.

Hundreds of rioters, many of them donning Confederate flags pushed into the US Capitol. Soon after, House and Senate floors were evacuated by the police.

As rioters entered the Capitol, US President Donald Trump released a clip urging them to ''go home''. Even then, Trump continued to push his baseless claims of a stolen election. Owing to his tweets, Twitter had permanently disabled Trump's account, with Facebook also announcing an indefinite ban.

According to the 70-year-old Coffman, he had filled mason jars with "melted Styrofoam and gasoline''. He told the police the same, who believe that if exploded it would have produced a reaction like Napalm, a controversial substance used in bombs which stick to the skin of those hit by it.

13 charges were announced by the Department of Justice in relation to the riots that took place. These included a lawmaker from West Virginia, along with a man who had entered House Speaker Nancy Pelosi's office and had also sat at her desk.

Many other individuals have been accused of taking ammunition to the Capitol building. As federal agencies undertake further investigation, more details are expected to pop up.