Father of rescued Paris child was on street to play Pokemon Go: Officials 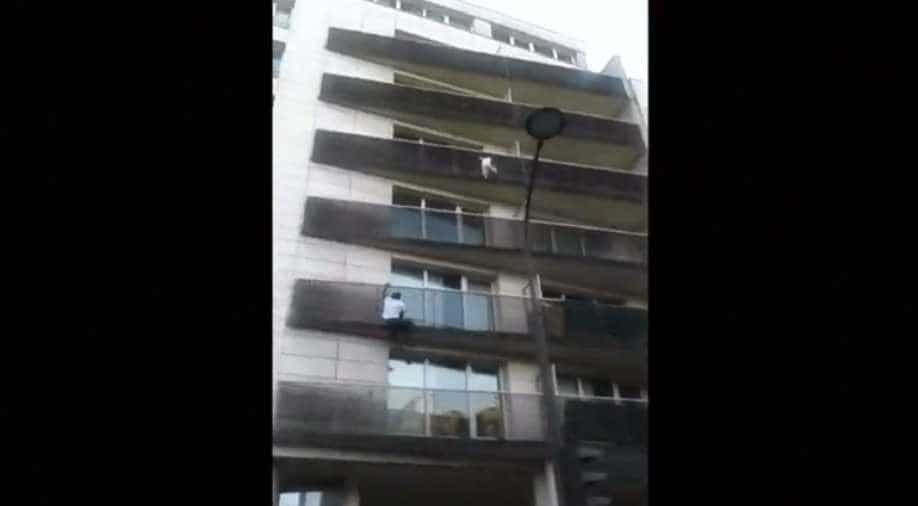 Video showed Mamoudou Gassama, 22, risking his life as he climbed up the balconies to rescue the four-year-old Photograph:( Reuters )

The family of the 4-year-old boy who was rescued by "Spiderman" Mamoudou Gassama who won him global acclaim and French citizenship have thanked the Malian man for his quick rescue while the boy's father, who had been living alone with him in Paris, had left him alone to go out to the shops and then remained on the street to play Pokemon Go, according to French investigators.

The boy's mother learned the news of the rescue on Reunion Island -- the French Indian Ocean territory where she and the father were born and where she still lives.

Reacting to Gassama's intervention on Antenne Reunion radio late Monday, the woman, who was not identified, said: "We can only thank him and thank heaven he was so reactive."

She said French police phoned her to tell her the news. "Then I saw video on the internet. But I should not have watched it because you know it's your son in the video."

Just half an hour earlier she had spoken to both father and son in a video call, she said.

Gassama, 22, scaled four storeys of an apartment block in France on Saturday to rescue the four-year-old who was spotted dangling from a balcony.

After receiving a resident's permit from local authorities, the 22-year-old, who had been living illegally in France since September, signed a contract to carry out an internship with the Paris fire service.