FARC wants a chance with the law: Are Colombians willing?

FARC's persistent will and the war?s huge collateral damage brought the parties to the negotiating table after 50 years Photograph:( Others )

The renowned Indian freedom fighter, Mahatma Gandhi, once declared that “Strength does not come from physical capacity.  It comes from an indomitable will.”  Current events in Colombia remind us again of Gandhi’s wisdom.  For fifty long years, the Armed Revolutionary Forces of Colombia, known popularly as the FARC, have fought an unsuccessful struggle with notable tenacity and indomitable will to defend the interests of the poor and overthrow the nation’s corrupt government.  This week in Havana, the opponents are finally signing a peace treaty on behalf of a country which is torn apart by many forces.

While the FARC did not have the ability to completely defeat the government, the rebels’ persistent will and the war’s huge collateral damage finally brought the parties to the negotiating table.

Following a civil war in the early 1950s - known simply as The Violence - the FARC first emerged in 1966. It was a coalition of as many as thirty guerrilla fronts from rural Colombia, comprising mainly of peasants fighting for land, education and improved living conditions. Over the following decades, the arrival of Middle Eastern drug cartels and the resulting US war on cocaine shipments immensely complicated Colombia’s internal conflicts. Death squads hired by drug mafia killed elite politicians and the civil war spun out of control, allowing the government to enact a war footing that overwhelmed lower classes.

A new constitution in 1991 marked another state attempt at returning the chaotic nation to order, but the new democracy was only window dressing, reflected in the voter abstention rate of over 70 per cent. Colombian Nobel literature laureate Gabriel Garcia Márquez has declared, “The Constitution, the laws… everything in Colombia is magnificent, everything on paper.  It has no connection with reality.”

By this time, in fact, the nation’s murder rate topped the world charts, with 86 murders per 100,000 people.  The government took advantage of the deteriorating situation to impose disaster capitalism, privatizing state services, doing away with state subsidies, and enacting other typical austerity measures demanded by international lending organisations.

As conditions deteriorated and people grew desperate, by the late 1990s the FARC forces grew to over fifteen thousand troops and gained popularity, wielding an impressive presence in 622 of the nation’s 1,071 municipalities. The guerrilla organisation was strongest in the southern departments of Guaviare, Meta, Putumayo, and Caquetá, areas with significant indigenous and Afro-Colombian populations.  The government attacked these people with impunity to eliminate support for guerrilla forces, finding them an easier target than the drug cartels. In response, in 1996 the FARC bested state forces on many occasions, for instance, trading seventy captured soldiers for the state’s withdrawal from 5,000 square miles in Colombia’s south.

The human cost of this war has been enormous. Conservative estimates claim that compounded by the U.S. War on Drugs and a long history of internal turmoil, violence claimed at least 220,000 lives between 1958 and 2013.  According to Colombia's National Centre for Historical Memory, most of these casualties were civilian rather than military (177,307 civilians and only 40,787 fighters). Yet the actual human cost of the civil war was far greater.

The Fellowship of Reconciliation Peace Presence in Colombia claims that collateral casualties of the violence, including poverty, inequality, and greed cost over 7.8 million victims.  There are almost 6.6 million forced displacements, over 45,000 enforced disappearances and around 263,000 conflict-related killings, mostly civilians. Between 1985– 2012, five million civilians were forced from their homes,  generating the world's second largest population of internally displaced persons (IDPs). Almost seventeen per cent of the Colombian people has been a direct victim of the war.

The FARC command has been well aware of the human cost of the civil war and has taken measure to try to alleviate the devastation. By forcing drug lords to fairly compensate the peasants who grow the coca, as well as trying to oppose state eradication programmess that caused so much devastation to subsistence fields, the FARC gained additional peasant support.

Guerrilla forces defended rural properties from drug lords and taxed their drug shipments to further protect the poor in areas under their control.  In these regions the FARC assumed many governmental functions, running schools, mediating conflicts, policing justice, litigating at weddings, divorces and births, and even marketing agricultural products.  It is thus not surprising that with growing peasant support, the insurrection has grown in popularity.

Predictably, the Western world is  depicting the agreement that took place last weekend as a victory of the forces of good over evil, as the triumph of the Washington Consensus over the terrorist guerrilla forces who have been disrupting world capitalism and power. However, this treaty only confirms Author Ralph Waldo Emerson’s declaration that “Peace cannot be achieved through violence, it can only be attained through understanding.”

After over three long years of negotiations, the two parties have finally reached an understanding on five of the six points under discussion.  Most important for the Colombians is the bilateral ceasefire between the FARC and the military, as well as oversight of FARC disarmament zones where the guerrilla members will be focused, and general security for both parties and their affected communities.

The agreement does not reflect the victory of Colombia’s conservative government or their allies in Washington. Rather, it shows the strength of Colombia’s people, who have risen up to demand an end to the violence that has long plagued their nation.  The popular outcry shows that only a broader understanding based on measures to end the violence, the government’s open welcome to mining and international businesses, and, especially, an end to the War on Drugs, will bring lasting peace to Colombia.

The peace between opposing forces negotiated this week in Havana cannot remain as a treaty signed on a piece of paper.  It can only be constructed and maintained by the people of Colombia themselves.  Perhaps it was for this reason that in his address to the Colombian people on 27 September 2016, FARC leader Rodrigo Londoño Echeverri declared:

“Compatriots, this struggle for peace, which today begins to bear fruit, comes from Marquetalia and is impelled by the dream of harmony and justice of our founding fathers, Manuel Marulanda Vélez and Jacobo Arenas, and more recently by the perseverance of the unforgettable commander Alfonso Cano.  To them, and to all those fallen in the struggle for peace, our eternal acknowledgment.  As you know, the Tenth National Guerrilla Conference of the FARC-EP has endorsed the creation of the new party or political movement, which shapes the definitive passing of the clandestine struggle and armed uprising, to the form of open legal struggle, towards the expansion of democracy.  Let nobody doubt that we go towards politics unarmed.  Let us all prepare to disarm our minds and hearts.  Going forward, the key lies in the implementation of accords, in such a form that what is written on paper live in reality.  And for that to be possible, as well as international verification, the Colombian people must become the principal guarantor of the materialization of all of the agreement.”

Over the next months and years, the world will be watching and hoping that this new accord signed on paper is made a reality, and is honoured and fulfilled in such a way that begins to restore peace, safety, and the dignity of life to the Colombian people. 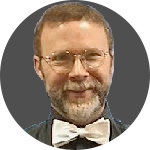