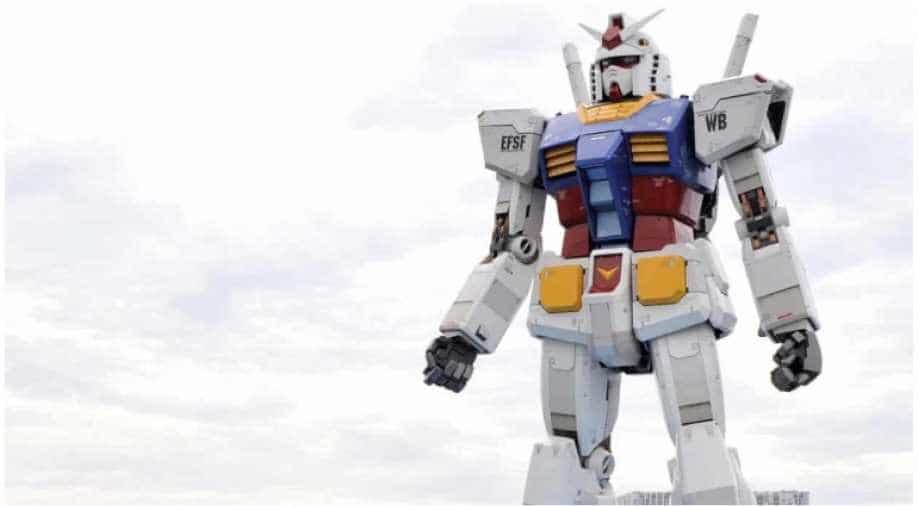 Fantasy and reality can easily be fused in the amusing world we live in Photograph:( AFP )

This is Gundam, a robot from Japanese fiction. Till about a few months ago, Gundam was only confined to Manga, films, merchandise and plastic models. Gundam has now come to life in Yokohama. It can walk, bend a knee. point at the sky and do a host of other things.

But what's Gundam's job? This life-size robot is the centrepiece of the brand's Yokohama factory. It's 18 metres tall. It was supposed to be opened to public on October 1. But the plans were changed and now Gundam fans will have to wait for sometime before they can meet their hero in real-time.

Life-sized Gundam in Yokohama is now in testing mode.pic.twitter.com/51HVoraPb7

The giant above is a showpiece. But there are robots half its size that are fighting real-life enemies. Robots are fighting the Wuhan virus at one of London's biggest train stations. Their weapon of choice is UV light.

The robots work by moving into a room. They automatically map out a room and take a route around the room that is most effective in cleaning and disinfecting that room or a particular room.

The same type of robot is lending a helping hand to Wuhan virus patients in Egypt.

Halfway across the world. Mitra too is doing a fine job. It is helping Wuhan virus patients in India speak to their loved ones. Mitra means friend in Hindi.

Another robot, or rather a dog robot is helping humans avoid high-risk areas. It can be a dangerous terrain or mines, the robot Scar can go anywhere. Scar has 5 camera modules. The robot can observe the environment, take measurements, and even map an area.

Fantasy and reality can easily be fused in the amusing world we live in. It took a pandemic for us to shed our fear of these robots. Not all of them are here to steal our jobs. Some of them are here just to make our lives a little easier.