Fan of antiques: Man rescued 2 days after getting stuck in windmill 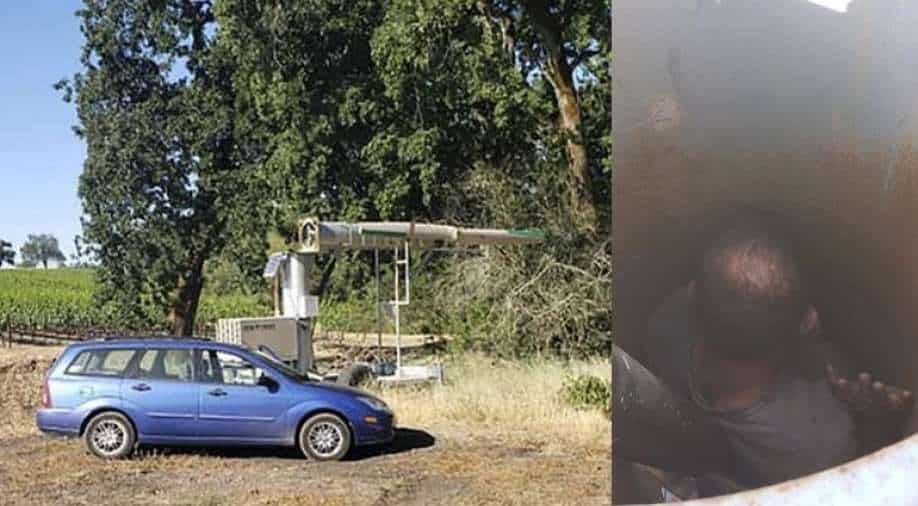 In a peculiar incident, a 38-year-old man was found stuck inside a large fan at a Northern California vineyard.

Yes, you read that right, a man was rescued by authorities after being trapped in a large fan. Reportedly, the man was stuck inside the vineyard fan for two days.

Also read | 'All about love': Jill Biden's jacket spreads her message of unity

A deputy checking up on a report of a suspicious vehicle parked near a winery in Santa Rosa discovered him. He first spotted a hat lying on top of some farming equipment and then found the man stuck inside the shaft of a vineyard fan. He was later rescued by firefighters.

According to a statement by the Sonoma County Sheriff’s Office, "The man indicated he liked to take pictures of the engines of old farm equipment," and that, "after a thorough investigation, which revealed the farm equipment wasn’t antique and the man had far more methamphetamine than camera equipment, the motivation to climb into the fan shaft remains a total mystery."

The man was administered medical treatment but is expected to make a full recovery. He will be charged with trespassing and drug possession, as well as violations of a probation case, the police statement detailed.