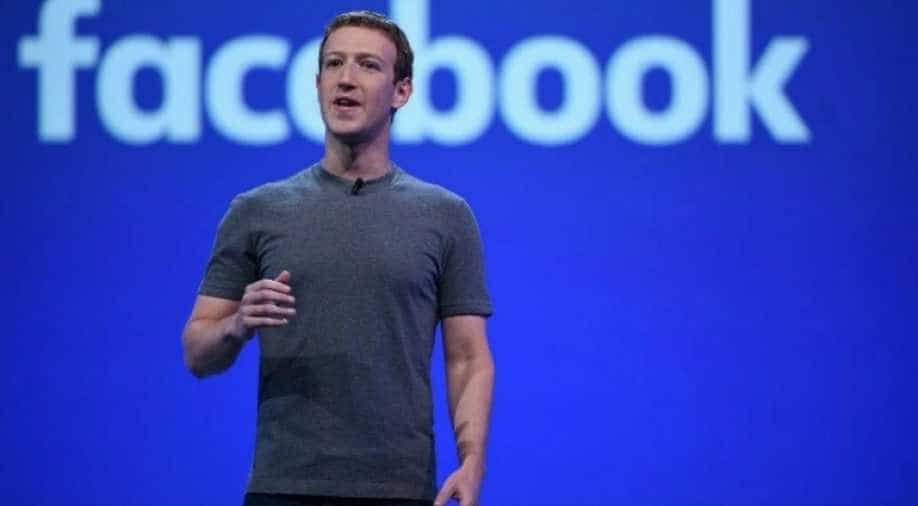 Facebook has seen unprecedented success by amassing more than 2.3 billion people worldwide who actively use the platform to share updates, obtain information and connect with new people.

Fifteen years after its founding, Facebook has made strides toward Mark Zuckerberg's goal of connecting the world. But it has also made some huge missteps that have turned some of its cheerleaders into vocal detractors.

The online social network founded on February 4, 2004, in Zuckerberg's Harvard University dorm heads into adolescence with the grown-up burdens of being held accountable for its behaviour and playing in a world where people may not always have the purest intentions.

Facebook has seen unprecedented success by amassing more than 2.3 billion people worldwide who actively use the platform to share updates, obtain information and connect with new people.

But it has also been battered by criticism that it was more focused on growth than protecting users or thwarting deception, bullying and harassment.

"This is a very powerful company that has created an addictive product that many people are dependent on," said author and analyst Josh Bernoff.

"Because of that, there is tremendous responsibility."

Facebook was hammered last year by a series of scandals over data protection and privacy and concerns that the leading social network had been manipulated by foreign interests for political purposes.

It has faced increasing scrutiny on how it collects vast amounts of personal data from users, and how it shares that information with partners to deliver targeted advertising.

"After the challenges of 2018, it is no longer lauded for its innovation. It is scrutinized and criticized for its every move," eMarketer principal analyst Debra Aho Williamson said.

"Facebook at age 15 is confronting maturity. It's no longer just an upstart company."

Facebook is second only to colossus Google in worldwide digital ad revenue and is the owner of some of the most widely used smartphone apps.

The platform is behind free, stand-alone smartphone apps Instagram, Messenger and WhatsApp, each of which has more than a billion users.

Zuckerberg, 34, recently renewed his defense of the social network's business model, adamant that Facebook did not sell user data.

He maintained that the social network makes money from targeting ads based on what it learns about users, keeping the service free.

Bernoff saw Zuckerberg's latest defense as contending that Facebook is here to help people, and thus can be trusted.

"We have learned in capitalism that when companies get a lot of power and say they are doing what is best for you, we need to scrutinize them more," Bernoff said.

If history is an indicator, then Facebook's true threat could be a lifestyle shift to a different way of interacting with computers.

Bernoff questioned whether Facebook was positioning itself for the rise of smart speakers using the likes of Google Assistant and Amazon Alexa.

"The future is going to be increasingly related to voice, and to companies and individuals interacting through artificially intelligent agents," Bernoff said.

"As people change the way they interact with the world, there is no guarantee Facebook will have a place there."

He doubted whether people would turn away from Facebook due to trust issues, arguing that consumers are willing to trade a huge amount of data for a modicum of convenience.

Despite the wave of scandals, Facebook took in a record $22 billion profit for 2018 as revenues surged to $55 billion.

Facebook has acknowledged it needs to do more to restore trust, and ferret out misinformation and abuse.

It now has more than 30,000 people "working on safety" and invests billions of dollars in security, according to Zuckerberg.

"The trolls have a financial incentive to pervert the way Facebook works, and it is costly for Facebook to prevent that," Bernoff said.

And while Zuckerberg has connected the developed world, there is a lot of the planet he has yet to get onto the social network.

According to eMarketer, 46.7 percent of internet users, or slightly more than 23 percent of the world's total population, use the core Facebook app any given month.

"Facebook will need to make international growth a bigger priority this year and in the coming years," Williamson said.

Facebook also needs to be a leader in undermining manipulation and fake news, protecting user data and keeping up with consumers' changing communications preferences, according to the analyst.

Zuckerberg's personal goal for 2019 is to convene a series of public forums on how technology can better serve society.

"I'm going to put myself out there more than I've been comfortable with and engage more in some of these debates about the future, the tradeoffs we face, and where we want to go," Zuckerberg wrote in a Facebook post outlining his goals.

Under pressure, Biden works for ceasefire in Israel-Gaza violence

Will keep providing assistance to India in fight against COVID-19: US