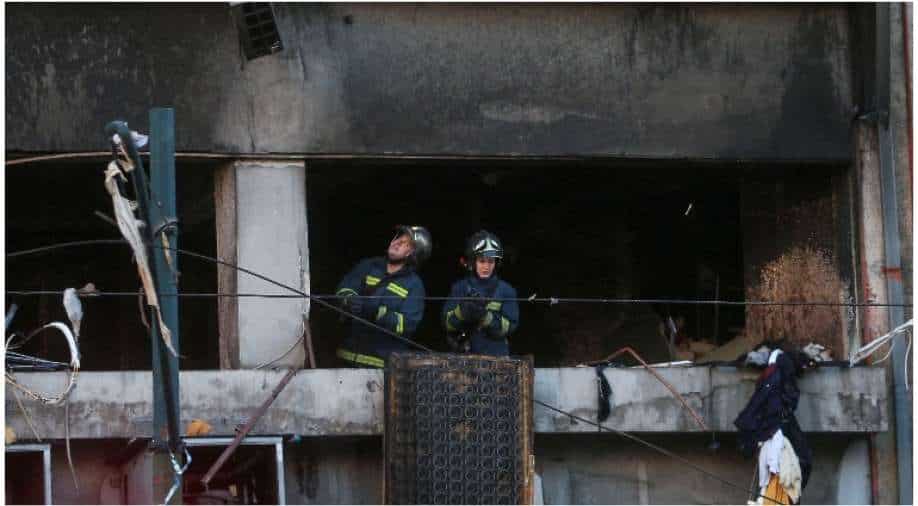 Firefighters work inside a building after a blast in Athens, Greece, January 26, 2022 Photograph:( Reuters )

Windows of the buildings were smashed due to the blasts and even facades were damaged. The damage took place along the major traffic artery of Syngrou Avenue. It's not yet clear what caused the blast

Greek capital of Athens was rocked by an explosion that led to a fire. Officials and eyewitnesses were quoted to say that the explosion took place in early hours of Wednesday (January 26). One person was injured and several buildings were extensively damaged due to explosion and fire.

Giorgos Mathiopoulos, the head of workers at the National Centre for Emergency Care told Skai TV that the person who suffered burns was taken to hospital.

Windows of the buildings were smashed due to the blasts and even facades were damaged. The damage took place along the major traffic artery of Syngrou Avenue.

Syngrous Avenue links the city centre to the southern suburbs. Buildings up tp 200 metres (656 ft) away were damaged.

Debris littered the street a day after a severe snowstorm swept the capital disrupting traffic and stranding thousands of people.

At least 18 firefighters used seven engines to battle a blaze at one buildings and have nearly brought it under control, the fire brigade said.

It was not immediately clear what triggered the blast or the fire, officials said.

"We have a fire, there was a blast before that," said a fire brigade commander at the scene.