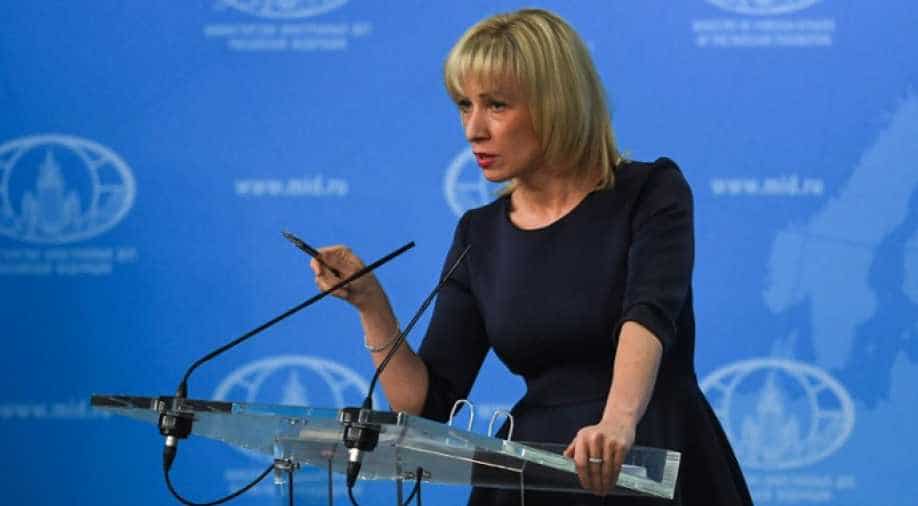 Russian diplomats expelled from the United States arrived in Moscow today, with post-Cold War tensions soaring in the wake of a nerve agent attack on a former spy in Britain.

A deepening crisis in ties between Russia and the West over the past weeks has seen the biggest wave of tit-for-tat diplomatic expulsions in recent memory.

Another salvo in the spat was fired on Saturday, when Russia warned its nationals to think twice before travelling to Britain, where it said they could be singled out for harassment.

By expelling 60 Russian diplomats, the US joined a score of Britain's allies in responding to the poisoning of former double agent Sergei Skripal and his daughter Yulia in the English city of Salisbury on March 4.

Britain has said it is "highly likely" that Russia was responsible for the attack using the Soviet-designed Novichok nerve agent, while Moscow calls the allegations unsubstantiated anti-Russian propoganda.

Two planes arrived at Moscow's Vnukovo airport on Sunday, bringing home a total of 171 people -- the 60 diplomats and their families -- from Washington and New York.

Russian television showed passengers disembarking from a government plane while several buses waited to pick them up.

The US alleged the 60 diplomats were "spies" and sent them home from posts around the country and at the Russian mission to the United Nations, as well as closing Russia's consulate in Seattle.

Moscow responded by sending home 60 US diplomats and closing Washington's consulate in Saint Petersburg on Saturday.

Washington has since said Russia is free to apply to accredit more diplomats to replace those expelled.

More than 150 Russian diplomats have now been ordered out of the US, EU members, NATO countries and other nations.

Four of those diplomats were sent home from Germany, whose foreign minister said Sunday that his country remained open to dialogue and hoped eventually to "rebuild trust" with Moscow.

While admitting Russia's behaviour had "caused a lot of trust to be lost", Heiko Maas said "we need Russia as a partner".

The US embassy in Moscow also took a more conciliatory tone, saying on Twitter that "the consulate is closed but our work to improve Russian-US ties is continuing".

US President Donald Trump has often appeared reluctant to criticise Russian leader Vladimir Putin and has said the two could meet for a summit in the near future.

However the furious diplomatic war between Russia and Britain showed no sign of abating as Moscow's embassy in London urged Russians to think carefully before travelling to the UK or sending children to summer school there.

The embassy warned that British authorities including police could single out Russians for additional checks, citing "the anti-Russian policies and an escalation of the British side's threatening rhetoric".

The Russian embassy even urged fans of football team CSKA Moscow flying to London for Thursday's Europa match with Arsenal to exercise "extra vigilance" because of Britain's "anti-Russian campaign".

Britain has acknowledged that border officials searched an incoming Aeroflot flight from Moscow on Friday in what Russia blasted as an act of "blatant provocation".

But Britain said it conducts routine checks on aircraft to protect the UK from organised crime and people attempting to bring harmful substances into the country.

Moscow summoned British ambassador Laurie Bristow on Friday, giving London a month to cut the number of diplomatic staff in Russia to the same number Russia has in Britain.

The measure came after Russia expelled 23 British diplomats, closed a British consulate in Saint Petersburg and halted the activities of the British Council educational and cultural organisation last month.

Bristow was summoned by Moscow along with the heads of missions from 23 other countries -- most of them EU member states -- who were told that some of their diplomats had to leave.

One of those countries was Australia, which on Sunday warned its citizens in Russia of the risk of "anti-Western sentiment or harassment".

However the travel advisory said the government was not aware of "any increased difficulties for Australians travelling in Russia at this time".