Ex-Donald Trump adviser Jason Miller weighs in on Biden administration, Covid crisis in US, and more 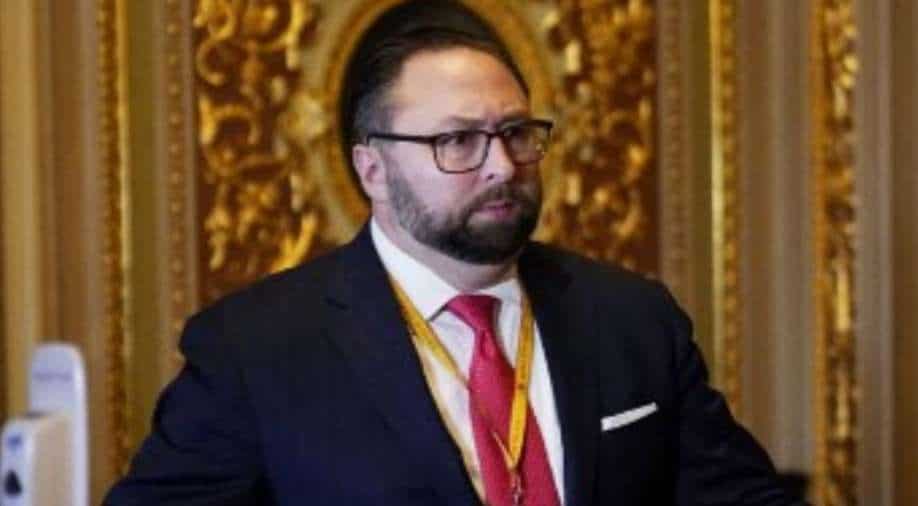 Jason Miller, the ex-senior adviser of the former US President Donald Trump spoke to WION on a range of issues, including the Biden administration, the current coronavirus (COVID-19) situation in the United States.

Amid the escalating border situation between Russia and Ukraine, Miller also commented on Joe Biden's take on the Ukraine crisis and the stance that the US has taken on the conflict.

Question) Donald Trump has said he may consider a pardon for the capitol hill rioters if he returns to office does that mean he is most definitely running in 2024 or is it still a maybe?

Answer) That's with regard to people he believes were treated unfairly and did not commit any truly illegal or violent activity. Of course, if somebody assaulted law enforcement or if they created to damage or did something to assault or hurt another person.

Obviously, they should be fully prosecuted.

Even though there has not been a formal decision yet, I am pretty confident that Trump does run again in 2024. Many people would say they think there would be a rematch but I don't think Joe Biden runs again in 2024.

My prediction is it would be Trump versus California Governor Gavin Newsom in 2024.

Question) If and when Donald Trump does run for president in 2024, what would be the main focus of his campaign?

Answer) First would be to try to restore some of the American greatness that he was able to lead us toward in his first term. I would say that Trump is by far the most consequential single-term president in US history.

I have advised President Trump that he needs to make sure his relationship with Quad Allies in particular with India needs to be much stronger than it was in his first term. I do think they improved during his first term but they could be stronger especially when we look at this common concern with China.

Question) We are talking at a time when Covid-19 continues to wreak havoc across the United States. The US in fact has a far higher Covid death rate than other wealthy countries how would you grade the Biden administration's handling of the Covid-19 crisis?

Answer) Joe Biden ran on a promise to effectively end Covid-19 and we have seen anything but that. We have not seen our stockpiles restored. We are just now starting to get to the point where at-home testing kits are being sent out. No efforts by the US to hold the CCP in China accountable. That's one of the things where I am most frustrated with the Biden administration for not taking stronger action in seeking some aspect of economic reparations.

China and the CCP allowed this virus to spread all over the world and they lied about it and covered it up.

Question) What do you make of the rhetoric we have seen coming in from Joe Biden on the Ukraine crisis and the stance that the US has taken on the conflict?

Answer) We are stuck in the middle ground here. Joe Biden does not exhibit the confidence or the strength to ward off Putin's aggression.

Much of Putin's strategy is to rally his domestic base. Do I think ultimately Putin will go and try to take over all of Ukraine? No. Do I think he wants to try to slow nato or even EU expansion? Absolutely.

But the problem is with Joe Biden exhibiting such weakness on the global stage and having a lack of real international dialogue with Putin, it's allowed Putin to essentially be emboldened.

The major threat, the real concern in the global geopolitical space is I think it's a matter of when and not if china takes over Taiwan.

And I think that's something that's going to be a massive shock for the entire Indo-Pacific theatre. President xi is watching Biden's weakness in dealing with Putin and I think is probably emboldened to make that move against the island nation.

China is an existential threat not just to the US but to democracies around the world.