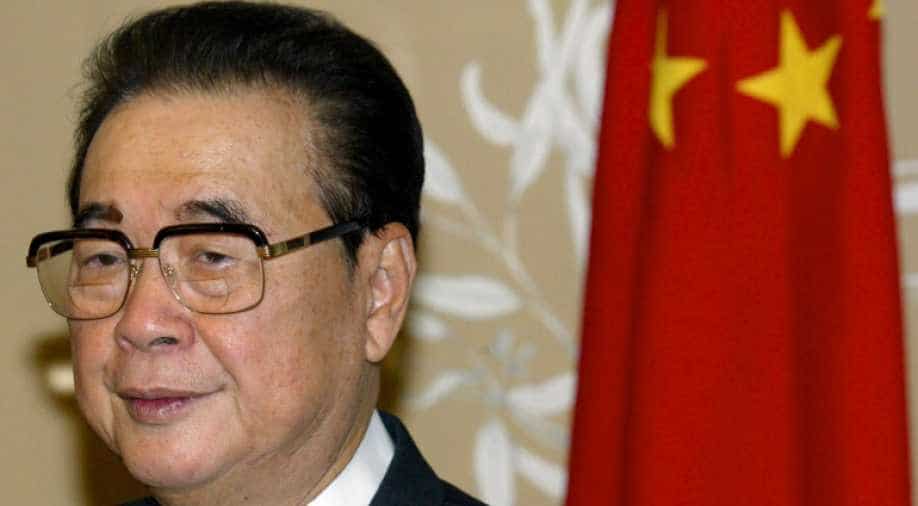 The former chairman of the National People's Congress Standing Committee died of an unspecified illness in Beijing on Monday,

The former chairman of the National People's Congress Standing Committee died of an unspecified illness in Beijing on Monday, Xinhua said.

Li gained notoriety worldwide as one of the key architects of the brutal breakup of mass pro-democracy demonstrations in the capital on June 4, 1989, and stayed at the top of the Communist regime for more than a decade, while remaining a hated symbol of the repression until his death.

After vast crowds of students, workers and others had been encamped for weeks in Tiananmen Square to demand change, Li proclaimed martial law on May 20, 1989.

Two weeks later, on the night of June 3-4, the military put a bloody end to the protests, killing hundreds of unarmed civilians -- by some estimates more than 1,000.

Though the decision to send in the troops was a collective one, Li was widely held responsible for the bloody crackdown.

Li afterwards frequently defending the decision to fire on the demonstrators as a "necessary" step.

"Without these measures China would have faced a situation worse than in the former Soviet Union or Eastern Europe," he said on a tour of Austria in 1994 as his international pariah status started to wear off.