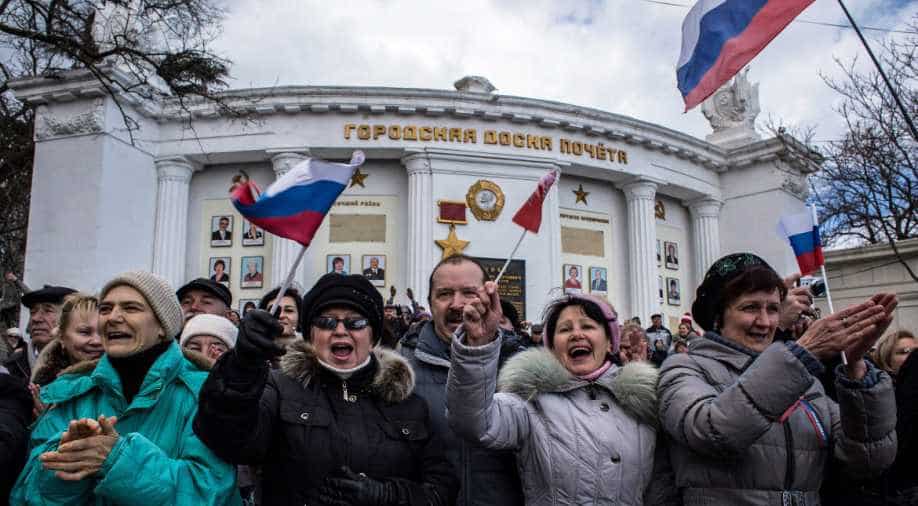 The EU refuses to recognise Moscow's 2014 annexation of Crimea and insisted Russian parliamentary elections held there in September were illegal. Photograph:( AFP )

After Ukraine launched a bid at the United Nations to condemn rights abuses in Crimea by Russian troops, the European Union today added six Russian MPs from Crimea to its sanctions blacklist.

The Union accused the MPs who were recently elected to the Russian Parliament for supporting Moscow's seizure of the region from Ukraine.

The EU refuses to recognise Moscow's 2014 annexation of Crimea and said it the "persons who become members of the State Duma as a result of the elections in Crimea are placed under sanctions" as per their policy.

The statement issued by the 28-member Council said, "these sanctions consist of an asset freeze and a travel ban which will now apply to a total of 152 persons and 37 entities."

Over the last year, the bloc has repeatedly extended sanctions against Russian and Ukrainian individuals and companies said to have aided Russia's takeover of the Black Sea peninsula.

The leaders will review the effectiveness of the economic sanctions at a summit in December.