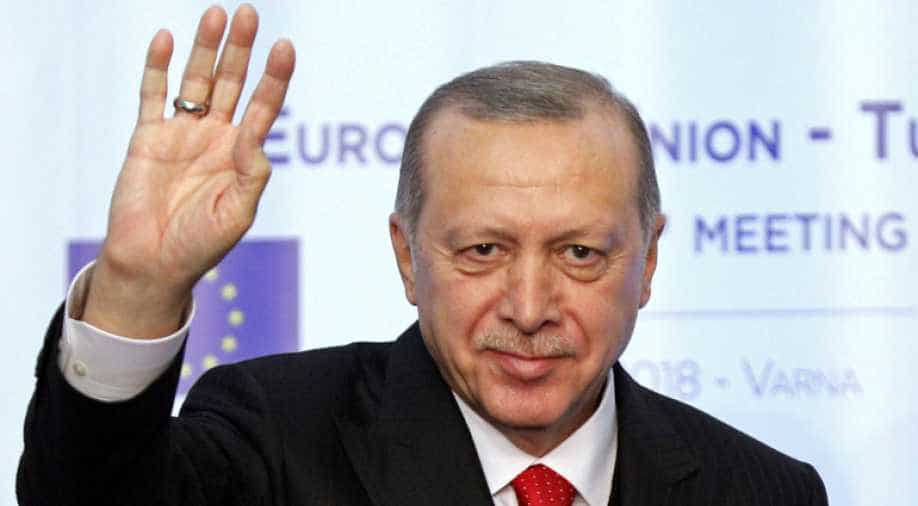 Nationalist Meral Aksener may have broken the mould by challenging Turkey's Recep Tayyip Erdogan for the presidency barely eight months after creating a new party but she faces an uphill struggle to even be the top opposition candidate.

The first woman to stand for the presidency in Turkish history, Aksener, 61, broke away from the Nationalist Movement Party (MHP) that dominated nationalist politics for the last half-century and in October launched her own faction -- the Iyi Parti (Good Party).

While the MHP and its longstanding leader Devlet Bahceli, 70, formed an alliance with Erdogan for the June 24 election, Aksener moved in outright opposition to the Turkish strongman.

The formation of the new party was seen as a tectonic shift in Turkish politics, given the importance of the nationalist electorate, with many analysts saying she has a decent chance of challenging Erdogan.

And her reputation as a diehard nationalist and her past as ex-interior minister means it is unlikely she will make inroads among the Kurdish minority who comprise around a fifth of the electorate.

"Looking at the election mathematics, Ince will most likely be the runner-up and Aksener will follow," said Fuat Keyman, director of the Istanbul Policy Centre think tank.

If no candidate wins 50 per cent in the first round, there will a run-off vote between the two frontrunners on July 8.

Odul Celep, associate professor of political science at Isik University in Istanbul, said it would likely be Ince rather than Aksener making it to a run-off.

Ince, he said, could both "solidify the party base but also rally more non-partisan, independent and floating voters around him".

Aksener defines herself as a nationalist and committed follower of Turkey's secular founder Mustafa Kemal Ataturk yet also socially conservative and a practising Muslim. She shies away from comparisons to European far-right politicians such as Front National's Marine Le Pen in France.

She has also been challenged on her policy towards Syrian refugees in a country which is hosting some 3.5 million people who fled the Syrian civil war.

Aksener came under fire for saying that she would have an "iftar" meal which breaks the daily fast during the Muslim holy month of Ramadan with Syrians in 2019 -- but only in their homeland.

Known for her fiery rhetoric and dubbed by some foreign media as Turkey's "iron lady", Aksener has denied suggesting refugees be thrown out.

As part of her campaign, she has promised to end a string of measures put in place by Erdogan, such as the state of emergency imposed after the failed coup of 2016, and the block on Wikipedia.

She has also pledged to scrap the presidential system due to take effect after the vote.

"She portrays herself as the antidote to the ills that are plaguing Turkey today and is focusing her campaign on rectified governance, justice and accountability," Anthony Skinner, MENA director at risk consultancy Verisk Maplecroft, told AFP.

According to Celep, Aksener has qualities that form a "unique combination" as an urban, secular, educated figure with her roots very much in the right wing of Turkish politics.

But her biggest stumbling block may be winning over the Kurds, who are wary of her nationalism and have bitter memories of her 1996-7 stint as interior minister during the deadliest years of the Kurdish insurgency in the southeast.

During her campaign, Aksener called for the release of the jailed Selahattin Demirtas, the imprisoned candidate for the pro-Kurdish Peoples' Democratic Party (HDP) and its former leader.

"How will Turkey account for this competitive inequality?" she said, insisting he should be free to campaign.

But HDP's co-leader has vowed Aksener would not win any Kurdish votes.

"Starting with me, no Kurd will give their vote to Mrs Aksener," Pervin Buldan told the Gazete Duvar news website. "This absolutely will not happen."

So far, Aksener has been "shy" to openly cite Turkey's Kurdish minority as "an issue" or make references to their identity or ethnicity, Celep said.

But among Kurds and some leftists there was a "negative perception" of Aksener, whose chances were likely to be affected by "her time as minister and because she is a Turkish nationalist," said Ozer Sencar, chairman of the Metropoll pollster.