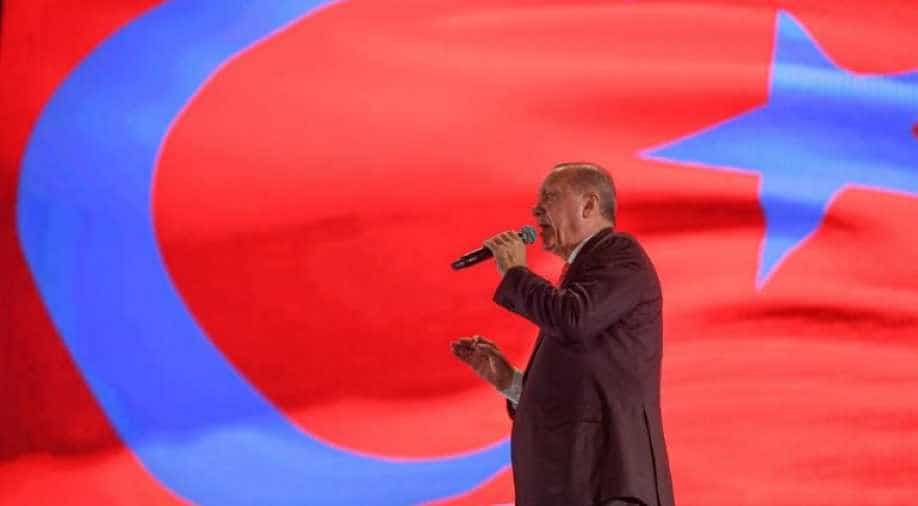 President Recep Tayyip Erdogan on Saturday warned that Turkey would "crush the heads" of Kurdish forces.

President Recep Tayyip Erdogan on Saturday warned that Turkey would "crush the heads" of Kurdish forces if they did not withdraw from a proposed safe zone along the border under a US-brokered deal.

If the pullout does not happen by Tuesday evening, "we will start where we left off and continue to crush the terrorists' heads," Erdogan said in a televised speech in central Anatolian city of Kayseri.

Turkey has agreed to suspend its Syria offensive for five days and to end the assault if Kurdish-led forces withdraw from the proposed safe zone away from the border, after talks with US Vice President Mike Pence in Ankara.

Erdogan also provided some details from his talks with the Americans, adding that Ankara agreed to the 120 hour time deadline after its initial demand of "one night" for the withdrawal.

"If the promises given to our country are not kept, as we did in the past we will not wait and restart the operation as soon as the time we have given ends," he said.

The Turkish leader said he also informed US President Donald Trump of Ankara's position during a phone call late Friday.

Erdogan is due to meet with Russian President Vladimir Putin in the Black Sea resort of Sochi next Tuesday, which overlaps with the end of the 120-hour deadline.

Ankara considers Syrian Kurdish YPG militants to be an extension of the outlawed Kurdistan Workers' Party (PKK), a group that has fought a bloody insurgency inside Turkey for 35 years.