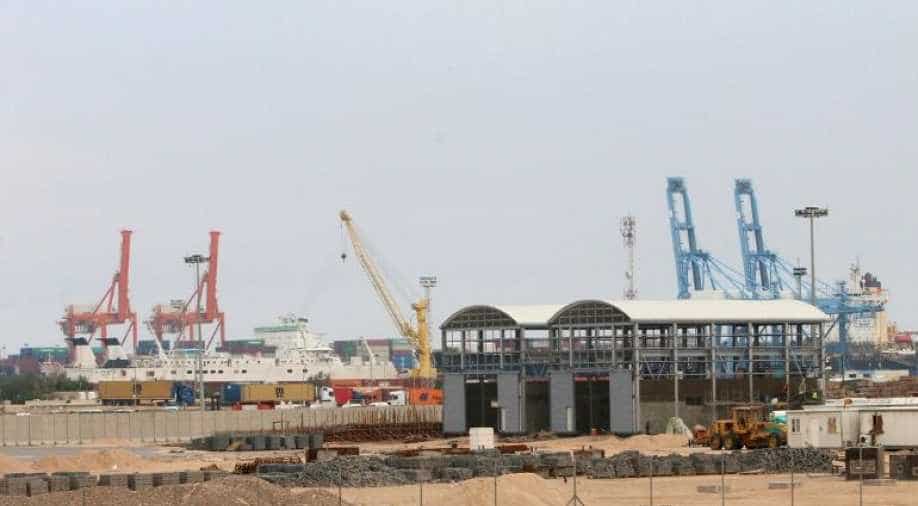 A view of Umm Qasr Port is seen after protesters blocked its entrance, south of Basra, Iraq Photograph:( Reuters )

Security forces reopened the entrance to Iraq's main Gulf port of Umm Qasr on Friday after forcibly dispersing protesters who had been blocking it since Monday, port officials told Reuters.

Employees were able to enter the port although normal operations had not yet resumed, the sources said.

At least 325 people have been killed since the start of mass unrest in Baghdad and southern Iraq in early October, the largest demonstrations since the fall of Saddam Hussein in 2003.

Protesters are demanding the overthrow of a political class seen as corrupt and beholden to foreign interests. Unsatisfied by government reform promises they see as meagre, many protesters have turned to civil disobedience tactics.

They had previously blocked Umm Qasr from Oct. 29-November 9, apart from a brief resumption of operations for three days. It receives imports of grain, vegetable oils and sugar shipments that feed a country largely dependent on imported food.

The initial blockage cost Iraq more than $6 billion during just the first week of the closure, a government spokesman said at the time.