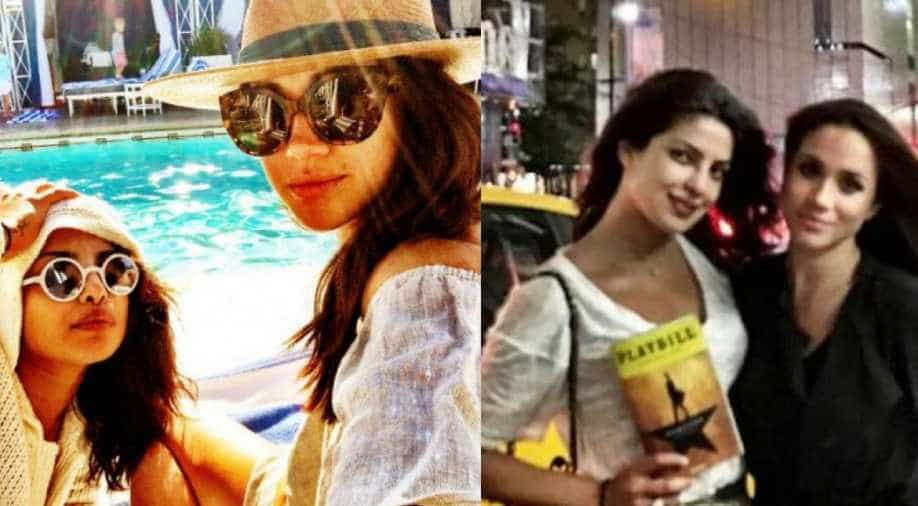 Indian actress Priyanka Chopra is all set to attend the royal wedding today.

Her dress rehearsals had started yesterday as the actress was spotted trying out different hats for the event.

Today morning Priyanka along with other Meghan's friends was seen having a good time.

The Bollywood actress who has made a name for herself in Hollywood -- shared an image of herself along with a group of girls and captioned it: "Pre-wedding SHEnanigans! 12.10 a.m. the morning of...and still waiting for the dress! Fun times, memories."

On Friday, the actress took to her Instagram story video inside Treacy`s studio that was filled with fascinator designs. "Ohhhh, now I get it!" the Bollywood, as well as Hollywood actress who was latest seen in the 'Quantico' series, captioned it.

Welcomed by the UK sun... #nomakeupnofilter

As soon as Priyanka had landed in Britain, she had posted a photograph of herself saying: "Welcomed by the UK sun."

Priyanka Chopra had gone for her hair fascinator fittings at designer Philip Treacy`s studio on Friday.

Meghan Markle will marry Prince Harry at St George`s Chapel in Windsor on 19th May. Prince Charles, to-be-father-in-law of Meghan Markle will walk her down the aisle as her father Thomas will not be able to attend the wedding.

Meghan`s mother Doria Ragland will accompany her daughter to the wedding.

The excitement for the wedding has begun.