GoT Season 8: Leaked images from the set show winter has arrived at King's Landing 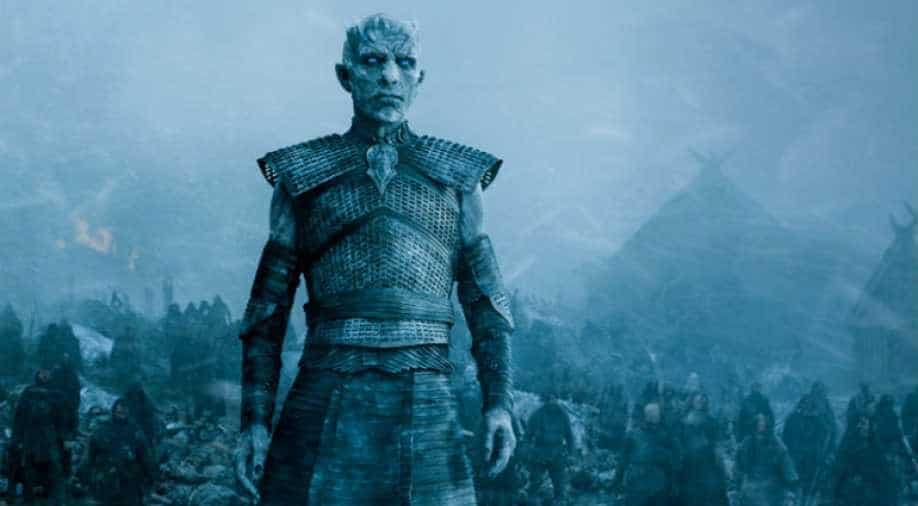 A still from 'Game Of Thrones'. Photograph:( Others )

Winter has arrived at the King's Landing. Or so the leaked pictures from sets of Game Of Thrones Season 8 seem to suggest.

Shared by GoT fan accounts on Twitter, the pictures show under-construction sets in Belfast. One only gets a bird's eye view of the set but it clearly shows a thick sheet of white that appears to have been sprayed outside the walls of King's Landing.

So, this came in today from the #GameOfThrones set in Belfast.
Snow in King’s Landing!

The photos have gotten the fans very curious with most suggesting that the evil White Walkers have made their way to Cersei Lannister’s kingdom. This was teased at the end of the Season 7 in fact, when the Night King and his army of undead soldiers broke into The Wall.

The highly popular show will return for its eighth and final season in 2019.  The cast and crew have been tight-lipped about the plot but it is being predicted that there will a massive war to end all wars as every kingdom in Westeros fights to win the throne.