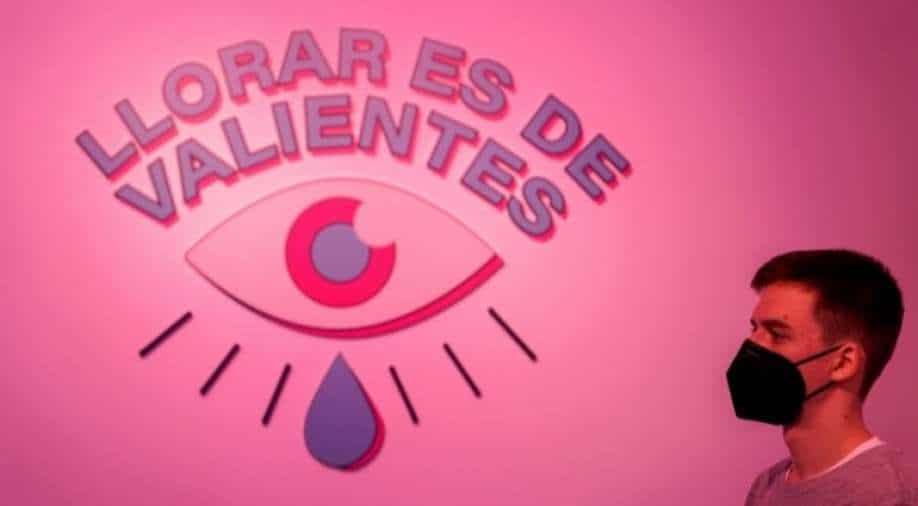 "Enter and cry," reads one sign. "I too have anxiety," glows another notice in pink. One corner has phones with the names of psychologists and other people you can call when you're feeling down.

This is the Crying Room, or La Lloreria, a place where you can freely express your sorrow. Located in central Madrid, the project seeks to eliminate social stigmas associated with mental health, crying, and seeking help. Anyone can drop in.

Also read | Suicide is still a crime in at least 20 countries worldwide: Research

Jon Nelssom, a Swedish student based in Madrid, says that he thinks it's a great idea to visualize mental health issues.

As he noted, the name 'The Crying Room' is a brilliant idea since, in Spain, there's a saying that goes "if you want to cry, go to the crying room". Therefore, people are kind of stigmatized to cry as in many other countries.

Martyna Dluzniewska, Head of marketing at therapy chat, explained that the idea of 'La Lloreria' did come from the Spanish phrase that is said when people don't want to worry about other people's problems.

"They say "a llorar a la lloreria" (go and cry in the crying room), you take your feelings to your corner and don't talk about them. This is exactly what we want to destigmatize, that yes, you can talk about your feelings, that if you are not well you can be so, if you need to stop, stop and if you need to put yourself first do so. And of course, if you need help, ask for it."

A week ago, Pedro Sanchez, the Spanish Prime Minister, also announced a 100-million-euro or $116 million, mental health care program, which will include services like a 24-hour suicide helpline.

"It is not a taboo, it is a public health problem that we must talk about, make visible and act accordingly," he said about mental illness as he launched the plan on Oct. 10, World Mental Health Day.

In 2019, 3,671 people in Spain committed suicide, the second most frequent cause of death after natural causes. According to government data, one in ten adolescents has a mental health condition, while 5.8 per cent of the overall population suffers from anxiety.