Employees are scared for their safety after Trump's win: PepsiCo CEO 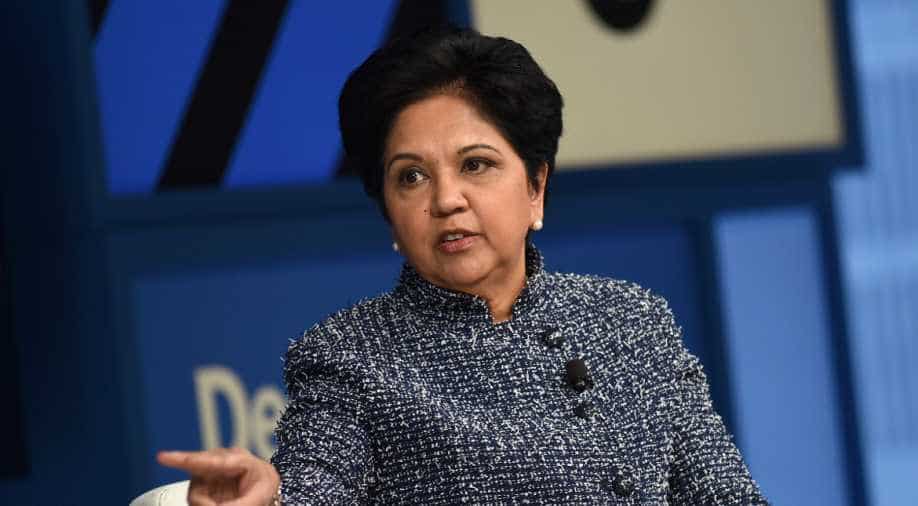 Nooyi voiced concern that real issues facing the country were not talked about in the election campaign and serious discussions cannot happen in "bursts of sound bites" or 140 characters on social media. Photograph:( Getty )

PepsiCo's India-born CEO Indra Nooyi has said Hillary Clinton's defeat in the elections has left her daughters, gay workers and employees devasted, as there was "serious concern" among them about their safety in the US with Donald Trump as president.

"Do you have a box of tissues here," Nooyi, a staunch Clinton supporter, said at the New York Times Dealbook Conference when asked how she felt on the morning of November 9, when Trump won the presidential election.

A visibly dejected Nooyi said Clinton's loss left her daughters and PepsiCo's employees devastated, and there were serious concerns among the company's workers, especially the non-white employees, about their safety in an America with Trump as its president.

Nooyi said she had never thought she would have to answer such questions, stressing that people across America should be assured that they will continue to be safe in the country.

"The first thing that we all have to do is to assure everybody in the US that they are safe, nothing has changed because of this election. What we heard was election talk and that we will all come together and unify the country," she said.

Congratulating President-elect Donald Trump, Nooyi said those who supported Clinton are mourning but life has to go on.

"The process of democracy happened, we just have to let life go on. We have to come together and life has to go on," she said.

Nooyi voiced concern that real issues facing the country were not talked about in the election campaign and serious discussions cannot happen in "bursts of sound bites" or 140 characters on social media.

"...A lot of what should have been said during the elections, I don't think was said because I think we let the politics trump the issues. Pardon the pun, but I think that is what happened.

Nooyi emphasised that at some point the nation will have to "pick up the big issues of technological unemployment, global trade, immigration - all of which needs reform and have serious conversation about that. Who is going to call for that dialogue, who will participate in that dialogue and what are we going to do about the dialogue are all big questions. I don't know how we can have it in short bursts of sound bites. It would be counterproductive to do it in sound bites," she said.