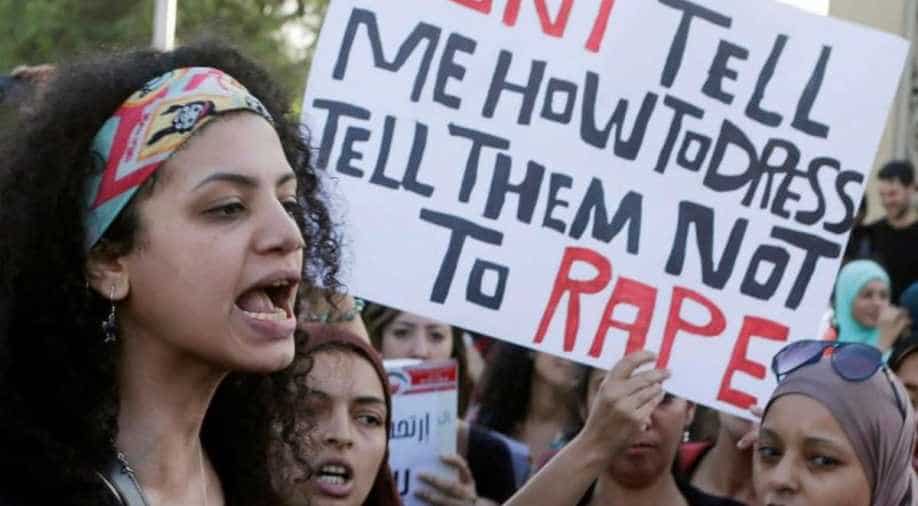 Like high-profile trials in the United States where the now global women’s rights hashtag took off, prosecutors launched charges in Egypt’s best-known recent case: a student from a wealthy background facing multiple accusations.

When dozens of Egyptians began posting accounts of sexual assault on social media last month, activists sensed a “#MeToo” moment in a nation where women have long felt disadvantaged.

Like high-profile trials in the United States where the now global women’s rights hashtag took off, prosecutors launched charges in Egypt’s best-known recent case: a student from a wealthy background facing multiple accusations.

To encourage victims to come forward, the government approved a bill to better protect their identity.

Yet when the administrator of the Instagram page that attracted the first testimonies tried to expose a second high-profile case, death threats came and she suspended the account at the end of July out of fear, she said.

Furthermore, in what activists see as a move undercutting women’s rights, prosecutors have recently charged several women for “inciting debauchery” with songs and dances in TikTok videos.

One had posted a video saying she had been raped and blackmailed and appealing for help.

Campaigners say there remains a deep-rooted bias in the conservative, Muslim-majority nation to place more blame on women for behaviour deemed provocative than on men for sex crimes.

A United Nations’ survey in 2013 found that 99% of Egyptian women had experienced harassment.

“We are always told that we are the reason for all the wrongdoing happening to us … whether it’s because of what you are wearing or the place you went to,” said Amina Salah El-Din, a 25-year-old internet content creator who says she was a victim of assault last year.

The recent testimonies stemmed from the case of Ahmed Bassam Zaki, a former student at the American University in Cairo (AUC) in his early 20s, who was charged last month with indecent assault against at least three women.

Allegations against Zaki were posted in previous years on a private Facebook group run by AUC students. Authorities reacted after the accusations surfaced on an Instagram account named @assaultpolice.

The volume of testimonies and the fact they targeted someone from an elite background, was unusual.

“There is this stereotype that sexual harassment only happens in certain (poorer) environments,” said Azza Solaiman, an activist and lawyer who helped document the complaints.

Zaki has not addressed the accusations publicly but denied some of them during questioning, according to a prosecution statement. Contacted by Reuters, his father declined comment.

After Egypt’s top Sunni Muslim authority – known as Al-Azhar – and the state-run National Council for Women urged more victims to come forward, accusations surfaced against three rights activists, one of whom publicly confessed and was fired and a Coptic Church priest who was also dismissed.

Attention also fell on an alleged gang rape at a luxury Cairo hotel in 2014, with more testimonies on @assaultpolice, before it was taken down. Accounts continued on other pages, however and the public prosecutor’s office announced an investigation on Wednesday.

Even so, judicial authorities remain ill-equipped to deal with harassment and assault crimes, according to activists, some of whom have been highlighting Egypt’s assault problems since long before #MeToo trended in the West.

Egypt did introduce jail terms of at least six months or fines of at least 3,000 Egyptian pounds ($188) for harassment in 2014, after attacks on women near Cairo’s Tahrir Square during celebrations for President Abdel Fattah al-Sisi’s inauguration.

Only forced vaginal intercourse is considered rape, with other forms defined as sexual assault.

“The problem is largely related to the legislative environment, which makes the system unable to deal with this issue,” said Mohamed Fouad, a member of parliament who pressed for action on Zaki’s case.

With their pursuit of the TikTok stars, prosecutors have called themselves “guardians of social morality” in targeting women deemed to be wearing suggestive clothes. Activists say the prosecutions violate freedom of expression.

Chasing the man who assaulted her outside her apartment in a working-class Cairo neighborhood, she said she had to accuse him of theft to encourage bystanders to catch him.

She then battled to persuade police to take on the case, though the man eventually got a three-year prison sentence.

“They see it’s rare for women to report sexual harassment and that no one follows this through to the end, so they thought it only natural that I would drop it, or file a robbery complaint instead,” she said at an interview at a friend’s home.