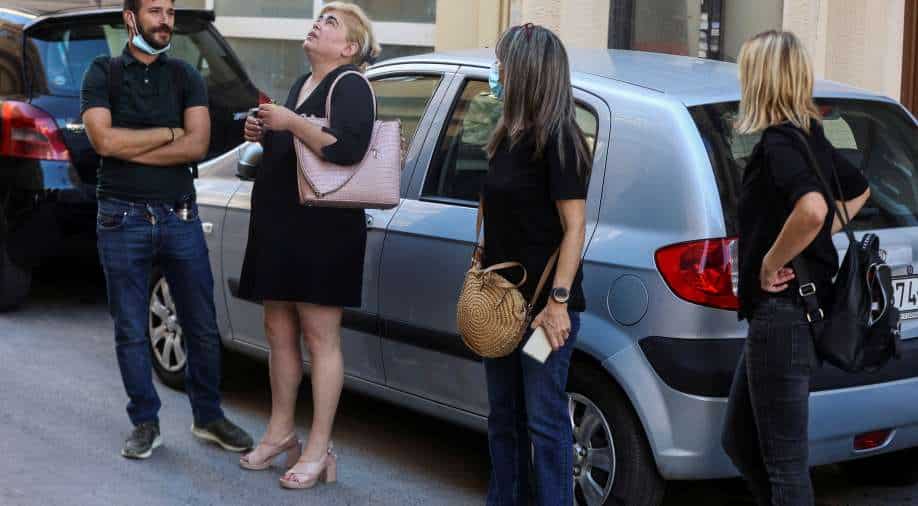 Locals get out on the street after an earthquake in Crete, Greece Photograph:( Reuters )

According to initial reports, the 5.8 magnitude quake damaged historical buildings in the Greek island of Crete.

Reports say one person was killed after an earthquake hit the Greek island of Crete on Monday.

Initial reports said the 5.8 magnitude quake damaged historical buildings in the area. According to reports, it was the tenth earthquake felt in Crete in the last two hours.

The person who was killed was reportedly working in a church which collapsed due to the quake.

People immediately took to social media to post their views as rescue operations began in the area.

The dust in the distance is from the 5.8R #earthquake that just hit #Crete this morning.

At only 10km depth, we REALLY FELT this one.

All good over here - just a few shattered picture frames.

Hope everyone else is doing ok!! pic.twitter.com/UtRn60rlce

Quite a strong earthquake on Crete this morning, and the epicentre is ~10km from the island's largest city, Heraklion. The earthquake also has a shallow depth of <10km. Hoping there was no significant damage. https://t.co/SJCDvRgAG6 pic.twitter.com/E16Ch8tf7p

Our thoughts go to the people in #Crete 🙏
Aftershocks are already occurring and may occur in the next hours/days. Follow national authorities’ information and be careful.

Reports claimed people were trapped in buildings even as several left their homes to come out on the streets.