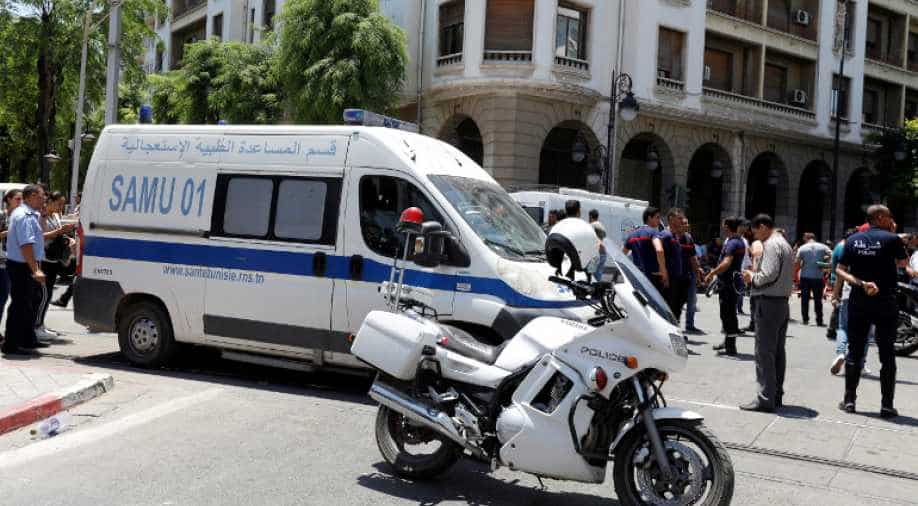 Police officers are seen at the site of an explosion in downtown Tunis, Tunisia. Photograph:( Reuters )

'One of the two police officers wounded in the suicide attack this morning has died', interior ministry spokesman Sofiene Zaag said

The injured include nine people including policemen and civilians.

"One of the two police officers wounded in the suicide attack this morning has died", interior ministry spokesman Sofiene Zaag said.

The suicide bombers attacked police and the national guard on the main street in central Tunis.

"It was a suicide attack, which took place at 10:50" (0950 GMT), on Habib Bourguiba, Interior Ministry spokesman Sofiene Zaag told AFP.

"At 11:00 am (1000 GMT) an individual blew himself up outside the back door" of the base, wounding four security personnel, Zaag said.

People initially fled in panic, before some crowded around the scene of the attack, expressing anger against the authorities. Shops and offices were closed by police.

On October 29 last year an unemployed graduate blew herself up near police cars on the same street, killing herself and wounding 26 people, mostly police officers, according to the interior ministry.