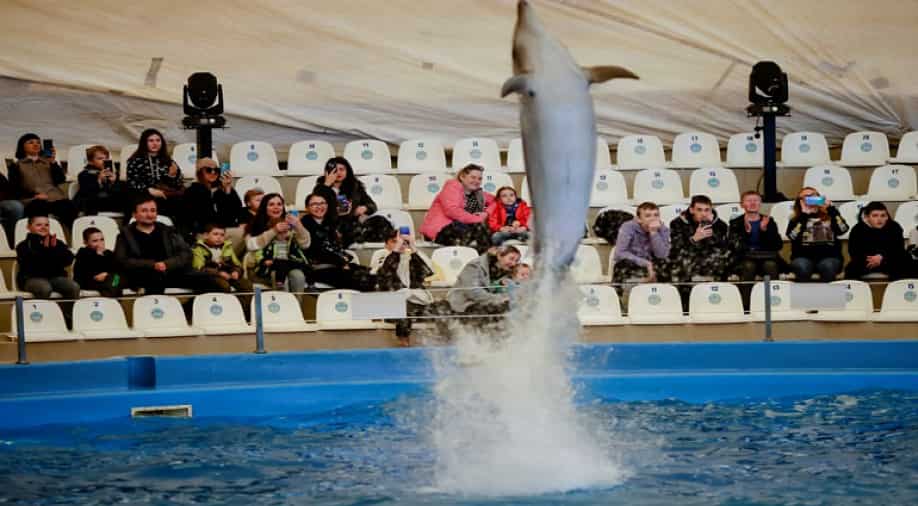 The refugees will stay for a few days in Odesa and will start their journey once more to find refuge outside the country.

The horrors of war have engulfed Ukraine and there seems to be no respite for the people staying in the country amidst the Russian army invasion.

However, there was some enjoyment for a number of children who fled from the heavily attacked city of Kherson to the port city of Odesa.

The children enjoyed a show featuring dolphins at the Nemo Hotel in Odesa on Saturday.

"I liked everything very much. We have been dreaming about getting to a dolphin show for a long time. Such great emotions," said Irina Borisevich, 35, who fled Kherson with her two young children aged five and three according to a report on Reuters.

"It is a pity that this is happening under such circumstances," she added.

The people who fled from Kherson were provided free accommodation at the Odesa hotel.

"The dolphins are very positive, they don’t care about war," said the service manager at the hotel, Vyacheslav Lutushko as quoted by the report.

The refugees will stay for a few days in Odesa and will start their journey once more to find refuge outside the country. There were a few attacks from Russia on Odesa as well and the facility housing the dolphins is just five Kilometers away from an oil refinery which came under heavy bombing.

The Reuters report stated that Borisevich travelled for nearly 12 hours in order to reach Odesa from Kherson after it was occupied by the Russian forces on March 3. The journey normally takes three hours but the roadblocks and checkpoints by the Russian forces made it very difficult for them.

"It was scary to drive through Russian checkpoints because they were looking at documents, checking phones, things. They could take away anything they wanted from someone," she said.