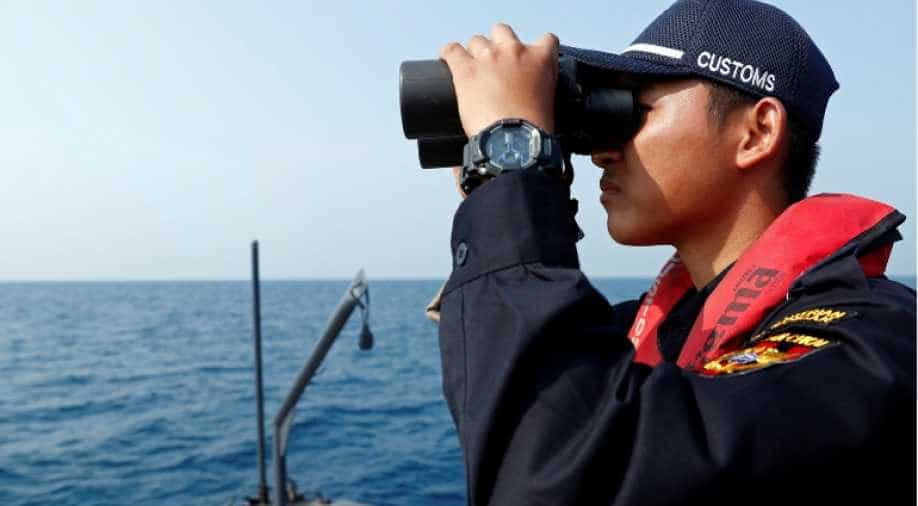 An Indonesian customs officer looks through a pair of binoculars during a patrol at a search area for Lion Air flight JT610 in Karawang waters. Photograph:( Reuters )

Syachrul Anto, 48, who died on Friday, was part of the team searching for body parts and debris from the jet in the Java Sea.

An Indonesian diver died while recovering body parts from the ill-fated Lion Air plane which crashed into the sea killing 189 people, an official said Saturday.

Syachrul Anto, 48, who died on Friday, was part of the team searching for body parts and debris from the jet in the Java Sea.

"He was a volunteer with the Search and Rescue Agency," Isswarto, commander of the Indonesian navy's search and rescue division, told AFP.

It is believed he died from decompression, he added.

Anto had previously served in Palu which suffered from an earthquake and tsunami in September and also took part in the evacuation process of an Air Asia plane crash nearly four years ago.

The Lion Air plane which plummeted Monday was on route from Jakarta to Pangkal Pinang city on Sumatra island.

It plunged into the water just minutes after takeoff, killing everyone on board.

Officials on Thursday retrieved the Flight Data Recorder but are still searching for the second black box, the Cockpit Voice Recorder, which could answer the question as to why the brand new Boeing-737 MAX 8 crashed.

The budget carrier's admission that the doomed jet had a technical issue on a previous flight -- as well its abrupt fatal dive -- have raised questions about whether it had mechanical faults specific to the new model.

At least 73 bags containing body parts have been retrieved from the waters so far but only four have been identified.

Founded in 1999, Lion Air is a budget airline operating in Indonesia and in some parts of Southeast Asia, Australia and the Middle East.

But it has been plagued by safety concerns and customer complaints over unreliable scheduling and poor service.

The carrier has been involved in a number of incidents including a fatal 2004 crash and a collision between two Lion Air planes at Jakarta's Soekarno-Hatta airport.