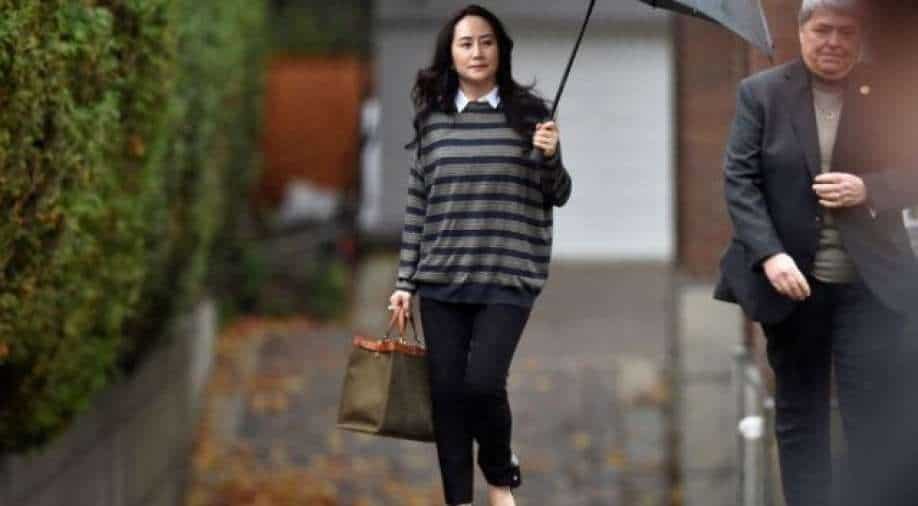 Meng, chief financial officer of the Chinese tech giant, has been fighting extradition from Canada to the US, where she faces fraud and conspiracy charges related to alleged violations by Huawei of American sanctions on Iran.

Lawyers for detained Huawei executive Meng Wanzhou have accused Canadian police of trying to "cover up" the illegal sharing of data from her electronic devices with the FBI ahead of her high-profile arrest in Vancouver.

Meng, chief financial officer of the Chinese tech giant, has been fighting extradition from Canada to the US, where she faces fraud and conspiracy charges related to alleged violations by Huawei of American sanctions on Iran.

Her defense on Thursday said the Royal Canadian Mounted Police shared her electronic device information with US authorities, alleging the Canadians and Americans conspired to breach her rights and violate Canada's Extradition Act.

The 48-year-old daughter of Huawei's billionaire founder Ren Zhengfei was held on a US warrant during a Vancouver stopover in December 2018, a detention that Beijing says is politically motivated.

Days later, Beijing arrested Canadians Michael Kovrig and Michael Spavor, in what Ottawa has insisted was a retaliatory move.

Alongside the charges of aiding Iran in breach of sanctions, the administration of US president Donald Trump has railed against Huawei over fears that adoption of its 5G technology could pose a spying risk.

Sergeant Janice Vander Graaf, who oversaw Meng's arresting officers, denied the cover up accusation, saying a review of emails had left her confident that Meng's information was not sent to the FBI, despite previously writing in her notes that a colleague said it had been.

That officer, Constable Gurvinder Dhaliwal, has since testified that he did not tell Graaf the information had been sent. The accused sender, RCMP Staff Sergeant Ben Chang, has denied the allegation but refused to testify.

Graaf said her memory of events had changed since she swore an affidavit last year.

"You are trying to cover up for Constable Dhaliwal and Staff Sergeant Chang in relation to this issue," Meng's defence lawyer Scott Fenton said in the Supreme Court of British Columbia.

"I suggest... you tailored your evidence to suit what you think protects the RCMP in this issue."

He has also raised the case of the two detained Canadians with US President-elect Joe Biden.

Meng's extradition hearing is expected to wrap up in April 2021.