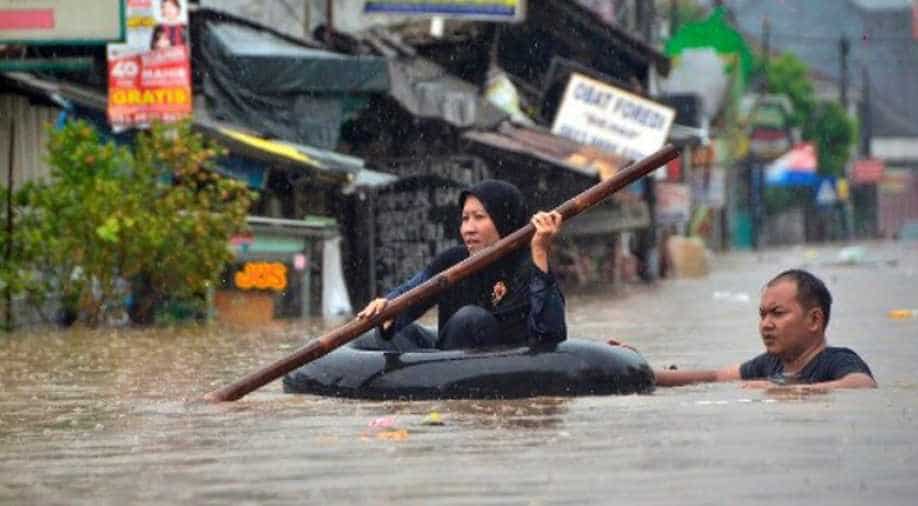 Floods have inundated large parts of Jakarta after torrential rain lashed several parts of the country on New Year’s Eve.

The death toll in Indonesia floods rose to 21 even as forecasters warned of heavy rain on Thursday.

"We're still updating the figures from various sources and there is a possibility that the toll could increase," National disaster agency spokesman Agus Wibowo said.

According to  Indonesia's disaster mitigation agency, the water level in east and south Jakarta rose as high as two metres with the neighbouring cities of Tangerang and Bekasi in west Java being completely submerged.

Jakarta, a city of 30 million, is frequently flooded during the rainy season, which runs from November to March.

In the last few years, authorities have sought to reduce low-lying Jakarta's vulnerability to flooding, especially during the rainy season.

More than 50 people had died in one of the capital's deadliest floods in 2007 and five years ago much of the centre of the city was inundated after canals overflowed.