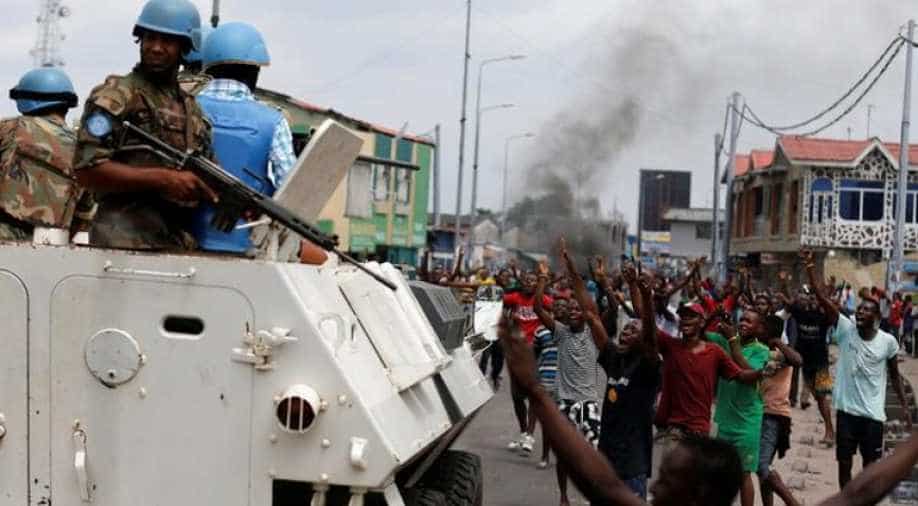 The government and opposition parties in the DR Congo on Saturday clinched a hard-won deal over President Joseph Kabila's fate, ending a political crisis that sparked months of deadly unrest.

Under the terms of the deal, Kabila will stay until the "end of 2017" but a transition council will be established, headed by opposition leader Etienne Tshisekedi.

In addition, a prime minister will be named from the opposition ranks.

The talks were launched by the Roman Catholic Church to ward off violence as Kabila's second and final mandate ended on December 20 with no sign of him stepping down and no election in sight.

The final deal was signed after 13 hours of negotiation on Saturday and only after several last-minute hitches nearly derailed an accord.

According to a working document for the deal previously seen by AFP, Kabila guarantees that he will not seek a third mandate.

In return, the opposition accepted the president remain in office until handing over to an elected successor.

The opposition had previously demanded his immediate departure from public life.The Catholic Church, which plays a key role in the vast central African country of some 70 million people, launched the negotiations on December 8 and had initially hoped to see a deal before Christmas.

Voters in DR Congo were originally to have chosen a new president in 2016, but the authorities said the electoral registers must be revised, a huge enterprise in a country almost the size of Europe.

And in a highly controversial ruling, the constitutional court said Kabila could remain in office until an election was held.
The ruling fed opposition fears that he planned to amend the constitution to allow him to run for a third term.

Kabila, 45, has been in power since the 2001 assassination of his father Laurent at the height of the Second Congo War.
He was confirmed as leader in 2006 during the first free elections since independence from Belgium in 1960, and re-elected for a second term in 2011 in a vote marred by allegations of massive fraud.

Sixteen representatives met on Saturday, comprising eight from the opposition coalition, called Rassemblement ("Gathering"), and eight from the government and groups which had signed a deal with the regime in October.

One dispute was over wording for the appointment of the prime minister -- the government side want the individual to be "drawn from the opposition," whereas Gathering want the premier to be "appointed by the opposition."

The opposition side also want the deal to allow a wealthy businessman and potential presidential candidate, Moise Katumbi, to be allowed to return to the country.

DR Congo has never witnessed a democratic transfer of power following polls since independence from Belgium in 1960.
Two decades ago, the country collapsed into the deadliest conflict in modern African history.

Its two wars in the late 1990s and early 2000s dragged in at least six African armies and left more than three million dead. Its restive east remains a battleground for rival ethnic militias.