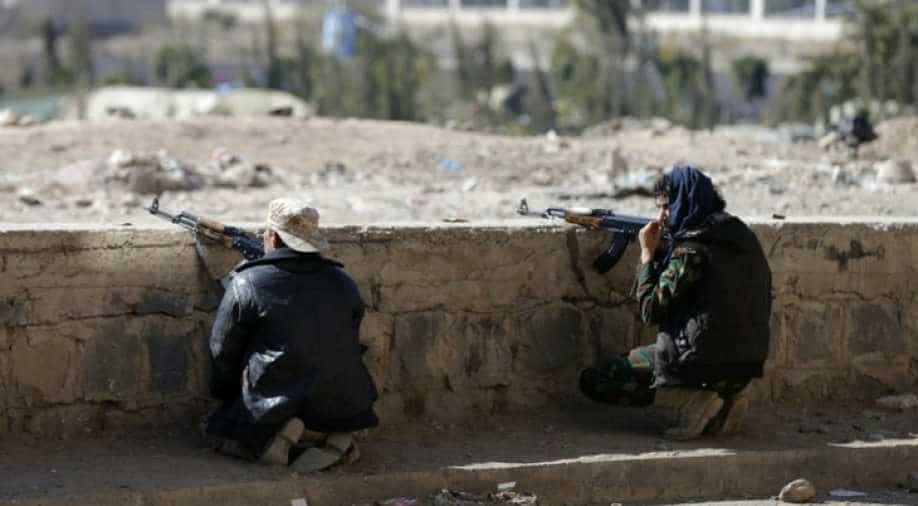 Several people were killed as Yemeni armed groups allied to Saudi Arabia and the United Arab Emirates fought in the southern city of Aden on Sunday.

The worst clashes yet between UAE-backed southern separatists and forces loyal to the Saudi-based government risk crippling their once united war effort against the Iran-aligned Houthi movement in Yemen's north.

The fighting erupted after strict decisions issued by the government to ban peaceful demonstrations organized by the STC in Aden province.

Explosions and heavy gunfire could be heard ranging out across Aden's main streets media reports said.

An unprecedented military adventure for the usually cautious Gulf states, the campaign in their much poorer and less politically stable neighbour was aimed at sending a decisive signal that they would oppose Iranian expansion in their midst.

But Yemen has been torn apart by three years of conflict and the factional fighting in the south compounds the misery.

Gunmen were deployed throughout most districts of Aden on Sunday and there was heavy automatic gunfire and explosions in the southern port city, according to Reuters witnesses.

Armed separatists wrested a key military base and several government buildings from soldiers loyal to President Abd-Rabbu Mansour Hadi as residents reported that hundreds of pro-Southern demonstrators had gathered in a main square.

The clashes come as a deadline imposed by the separatists for the government to resign expired on Sunday.

Although Hadi remains in exile in Saudi Arabia, his administration nominally controls about four-fifths of Yemen's territory, but political and military leaders in Aden now want to revive the former independent state of South Yemen.

The southern separatists - the Southern Resistance Forces - last week accused Hadi's cabinet of corruption and inefficiency and demanded they quit.

A top military adviser to President Hadi, Mohammed Ali al-Miqdashi, said any move toward rebellion would render the southerners an enemy.

"There is no difference between the Houthis and anyone else who rebels against the legitimate government, no matter who they are - left, right, south, east," said Miqdashi, speaking at a remote military base near the central Yemeni city of Marib, late on Saturday.

A senior southern political source accused the government of pushing the dispute toward an armed showdown.

"The Hadi government was nervous about any demonstration by the people, so they tried to stop it by force thinking that if there were a battle, the coalition would intervene and save them," the source said.

In a statement late on Saturday before the clashes began, the Saudi-led coalition urged all parties to seek "calm and restraint, adhering to the language of a calm dialogue."