Deadly blast in Ugandan capital 'seems to be a terrorist act': President 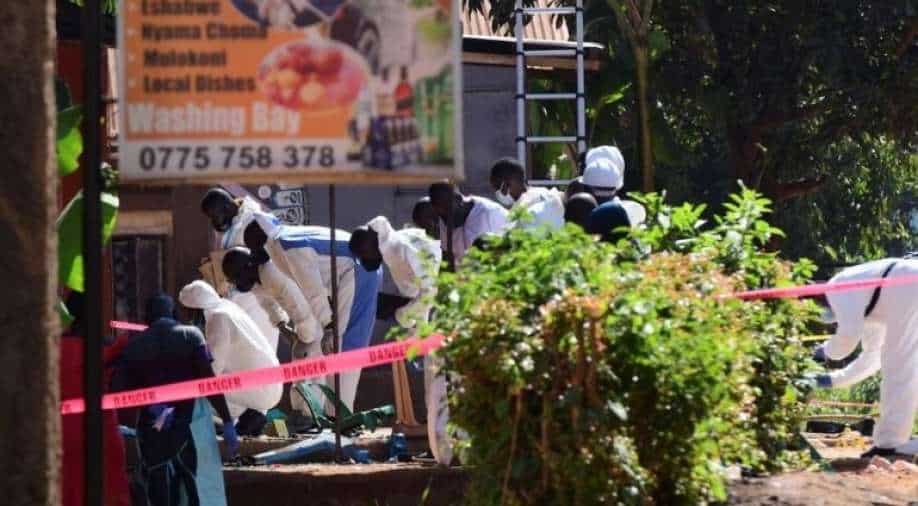 Ugandan explosives experts inspect the debris at the scene of an explosion in Komamboga, on the northern outskirts of Kampala Photograph:( Reuters )

A deadly blast in Kampala late on Saturday appeared to be an act of terrorism, Ugandan President Yoweri Museveni said on Sunday.

He said the explosion in the capital killed one person, although the Uganda Police chief political commissar Asan Kasingye said late on Saturday that two people were killed.

"It seems to be a terrorist act," Museveni Tweeted on Sunday.

"The information I have is that 3 people came and left a package in kaveera [plastic bag] which later on exploded," Museveni said.

There was no immediate claim of responsibility. Officials did not immediately respond to requests for comment.

Bomb blasts in the East African country are rare. Kampala suffered a major attack by Somalia's al Shabaab in 2010 that killed dozens. The group said it had attacked Uganda as a punishment for its deployment of troops in Somalia.