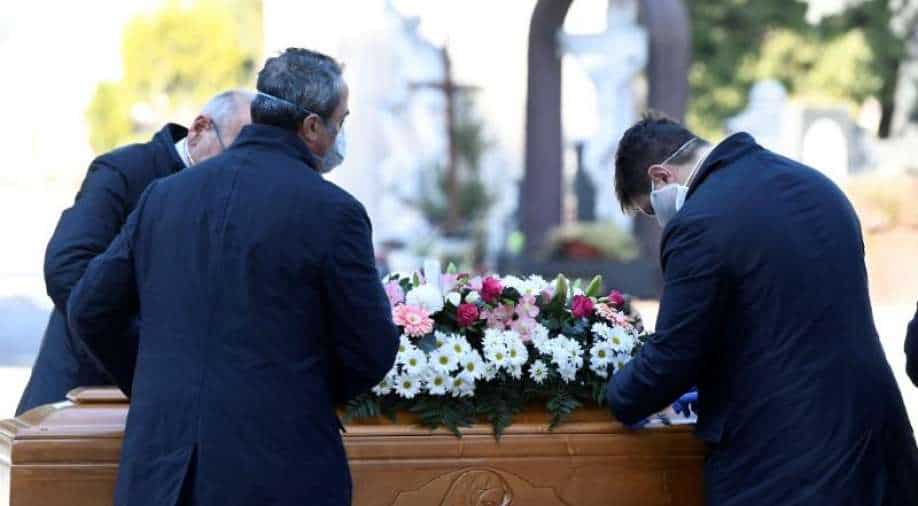 Woman who was pronounced dead by a hospital in Peru after a fatal car crash stunned mourners at her funeral after she knocked on her coffin. Rosa Isabel Cespedes Callaca’s funeral service was being carried out in Peru’s Lambayque city and as her relatives lifted her coffin on their shoulders they heard a knock, they immediately lowered it. On opening the coffin, they found her alive.

“She opened her eyes and was sweating. I immediately went to my office and called the police," Juan Segundo Cajo, the cemetery caretaker was quoted by Mirror. With the hope to save her, Callaca’s family rushed her to Referential Hospital Ferrenafe where the medics put her on life-support as they saw she had weak signs of life. Sadly, she was pronounced dead again a few hours later.

"We want to know why my niece reacted when we were taking her to be buried. We have the videos in which she pushes and touches the coffin,” her aunt told local media. What seemed like a miracle is what her family now looks at as a case of medical negligence. Callaca’s relatives are now seeking answers from the hospital as to how was she declared dead in the first place. They are of the belief that she may have been in coma after the car crash which probably was the reason why doctors declared her dead.

Peruvian police is investigating the records of Lambayeque Regional Hospital where she was admitted for treatment post the accident.

A story of miracle and hope is now a case of investigation.