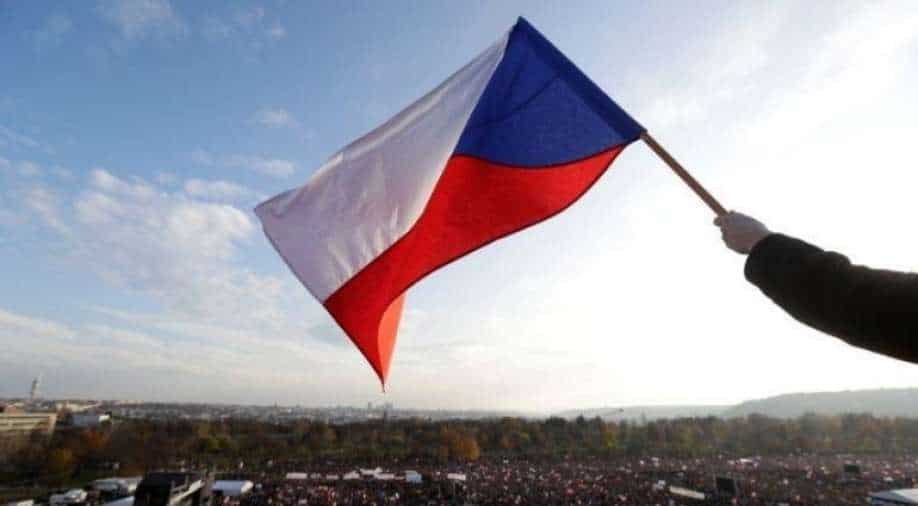 Russia has denied involvement in the blast

The Czech government said it will expel 18 Russian that have been identified as secret agent of Russian intelligence service SVR and GRU.

"We have good reason to suspect the involvement of GRU officers from unit 29155 in the explosion at the ammunition warehouse in Vrbetice" in the east of the country, Babis said.

He added he had received the information on Friday, without explaining why it had taken so long.

"The explosion led to huge material damage and posed a serious threat to the lives of many local people, but above all it killed two of our fellow citizens, fathers of families," Babis said.

Hamacek, who is the interior minister and also an interim foreign minister after his predecessor was sacked earlier this week, said he was sorry the incident would "fundamentally damage Czech-Russian relations".

"We are in a situation similar to that in Britain following the attempted poisoning in Salisbury in 2018," he said, referring to the case of former Russian double agent Sergei Skripal who survived a nerve agent poisoning in Britain.

Russia denied involvement but some 300 diplomats were sent home in subsequent tit-for-tat expulsions.
Hamacek said he had summoned Russian ambassador Alexander Zmeyevsky on Saturday evening to tell him about the decision.