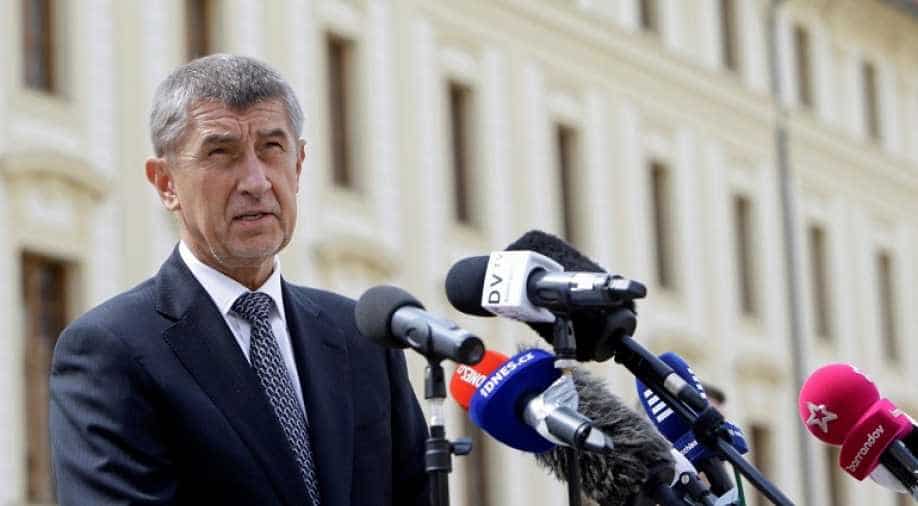 The government will remain in office in a caretaker capacity after the compulsory step, pending negotiations on forming an alternative administration. Photograph:( Reuters )

The Czech government led by Prime Minister Andrej Babis agreed to resign on Wednesday after the minority cabinet lost a confidence vote a day earlier.

The government will remain in office in a caretaker capacity after the compulsory step, pending negotiations on forming an alternative administration that could take weeks or months as parties shun Babis while he battles allegations he abused an EU subsidy programme a decade ago as a businessman.

"The government approved its resignation and I will ask for an appointment with the president so that I can deliver the resignation personally," Babis said.

President Milos Zeman has said he will give Babis another go at forming a government.

The president`s spokesman said Zeman would accept the resignation by the end of the working week.

Police allege Babis, the country`s second-richest person, hid ownership of one of his companies a decade ago to win a 2 million euro subsidy, mostly from European Union funds, meant for small businesses. He denies wrongdoing.

.Parliament will decide whether to lift Babis` immunity on Friday.

The other eight parties in parliament have so far rejected any form of cooperation with ANO, though its decisive victory means it is almost certain to be in any viable government, with or without Babis at the helm.

Several parties have signalled they might discuss governing with ANO, especially if Babis was not prime minister, a condition he has so far refused to meet.

Government talks could also drag on because of the possible departure of Zeman as president, whose reelection bid is facing a formidable challenger in academic Jiri Drahos.

Czechs votes in the second, decisive round of the presidential election on Jan. 26-27.