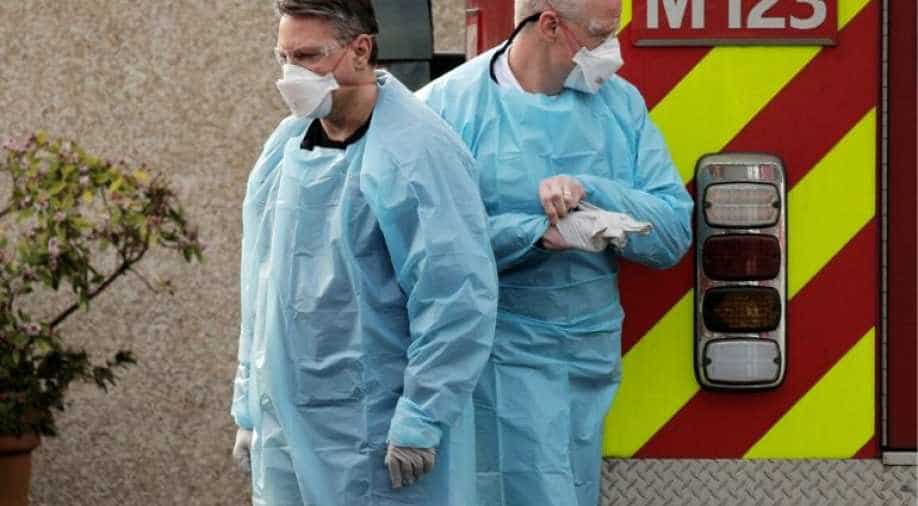 The number of COVID-19 cases in the island's breakaway Turkish Cypriot north has meanwhile risen to 35, including 31 German tourists, with no deaths, officials there said.

Cyprus' health ministry has announced the first novel coronavirus death on the Mediterranean island and said there were 83 cases of infection.

The number of COVID-19 cases in the island's breakaway Turkish Cypriot north has meanwhile risen to 35, including 31 German tourists, with no deaths, officials there said.

The eastern Mediterranean island is divided between the internationally-recognised Republic of Cyprus and the northern third under Turkish control.

The individual who died in the south was a 70-year-old British man who had contracted the virus from another Briton while being treated at Paphos general hospital's ICU, said news site Phileleftheros.

"During his hospitalisation at Paphos General Hospital, the patient was found positive as a result of tracking COVID-19 contacts at the same clinic," the health ministry said in a statement late Saturday.

It said the patient had already suffered a number of underlying health impairments and his condition worsened after contracting the virus at the hospital.

The man died at Famagusta Hospital while Paphos General Hospital remains shut after around 20 medical staff contracted the virus from a patient.

With nine new cases on Saturday, the Republic of Cyprus has now reported one death plus 83 coronavirus cases, the ministry said.