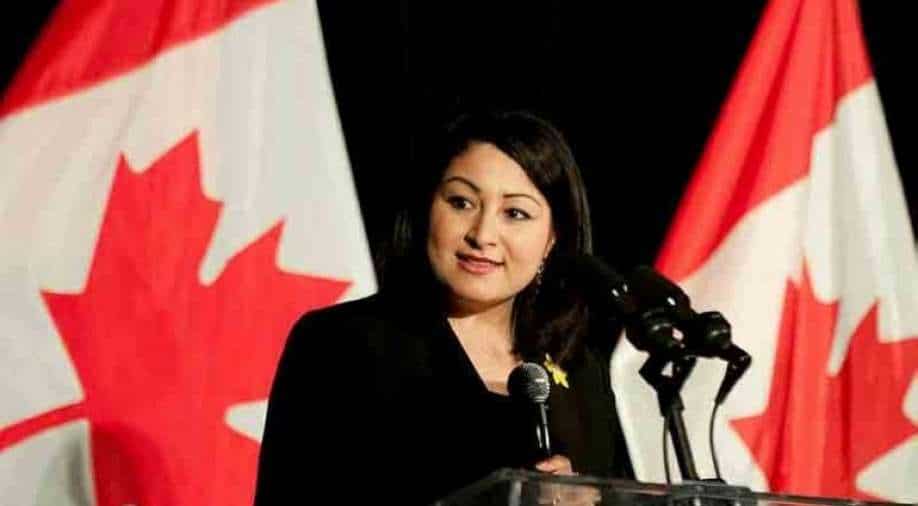 Canadian minister for women and gender equality and rural economic development Maryam Monsef faced backlash after she called the Taliban 'brothers' on the government’s response to the situation in Afghanistan.

During an online press meet, Monsef said ''I want to take this opportunity to speak to our brothers, the Taliban, ensure the safe and secure passage of any individual in Afghanistan out of the country.''

No one should be surprised that Maryam Monsef considers the Taliban ‘our brothers’. Her boss admires China’s dictatorship and Castro. He’s turning into a wannabe tyrant.

It’s just another proof that today’s woke Left has an authoritarian mindset.
pic.twitter.com/N2CysAgVMi

Later, Monsef issued a justification and clarified that it was a ''cultural reference'' after a clipping of the video went viral on Twitter and she was heavily criticised for the usage of the term.

Monsef is both the first Afghan-Canadian member of parliament in Canada’s history and the first Muslim to serve as a federal cabinet minister.

Canadian Prime Minister Justin Trudeau said his country would continue its engagement in Afghanistan even as Canadian forces in Kabul ended evacuation efforts for their citizens and Afghans, ahead of an August 31 deadline.

Asked what his message was to people in Afghanistan who were hoping to be evacuated by Canada before it halted evacuation operations, Trudeau said his government would "put pressure on the Taliban" to ensure the safe passage of evacuees from Afghanistan to Canada.

"We will ensure that in the coming months and years, we bring over 20000 Afghans to their new homes in Canada," Trudeau said.

Canada has evacuated or facilitated the evacuation of around 3,700 Canadian and Afghan citizens.

Twin suicide bombs ripped through crowds outside Kabul airport on Thursday, killing scores of people including 13 US troops, and deepening panic in the final days of an already frenzied evacuation effort from Taliban-controlled Afghanistan.

The bombings, claimed by the Islamic State group, left scenes of carnage outside the airport where thousands of Afghans desperate to flee their country had massed despite a flurry of foreign government warnings, made just hours before, that a major terror attack was imminent.